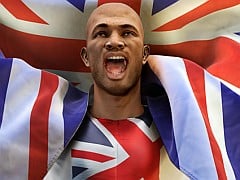 London 2012 – The Official Video Game of the Olympic Games Review

London 2012 is pretty good for an Olympics brand extension video game. As unfair as it sounds to qualify any compliment I may be about to bestow on SEGA’s officially licensed tie-in for the London Olympics, the game’s subgenre is a yardstick all prospective punters should bear in mind before they take the plunge. I’m not saying the game is bad, and I’m not saying players won’t have fun, but it helps immensely if you bear in mind who the game is actually being aimed at and adjust your expectations accordingly.

To that end, core players in search of a sporty title they can enjoy solo should look elsewhere. While it may not feel like a party game at first glance, London 2012 is more enjoyable when more players are added to the mix. The controls are designed to be easy to pick up and play and, for those who are intimidated by the prospect of holding a control pad, the console versions are compatible with motion controls – although the Kinect integration is distinctly hit-and-miss.

The design of the mini-games, spread across 31 Olympic events, varies in quality. Track & Field events oscillate from compelling, to laughably easy to irksomely frustrating. Anything involving either a run-up or an extended sprint, for example, involves the player having to button-bash in order to fill a meter above a white bar without overflowing it. On an easy setting this is a cinch, but crank the skill level up a single notch and it becomes maddeningly difficult.

Jumping events also involve timed flicks of the thumbstick in line with an arrow that appears on the game’s HUD. Once again, there’s a lot of leeway offered on the easy setting, with the harder difficulty requiring laser-guided accuracy.

The javelin isn’t as unforgiving, although its run-up can have an erratic effect on the player’s throw. Only the shot put and discus events remain untarnished, as they mostly involve timing a release after winding up a throw.

The game’s design is equally erratic away from the decathlon events, with the control system mostly divided up between quick time events, thumbstick flicking, button-bashing or a combination of all three. For my money, ping pong earns a distinction for allowing players to put oodles of spin on the ball for challenging trick shots, although the AI sees about half of these coming on higher difficulty.

The event I actually enjoyed the most is archery, a tightly made, challenging little mini-game with smooth controls. I could quite happily whittle away hours playing an archery training mode, if such a thing actually existed.

And that’s really one of the big weak spots in London 2012 as a package – it offers very little to the solo player. Most of the events take seconds to complete, and while its possible to stack your own playlist of favourites it’s just not as entertaining to compete with the game’s AI as it is to square off against human opponents. Whether these contests take place online or locally doesn’t matter, and there’s a definite thrill in putting one over on living, breathing opponents that the solo-playing experience just can’t compete with.

One could argue competing against actual humans is the entire point behind a sporting title, although I’d point out that tons of other video games in this genre offer this experience and come packaged with a robust single-player mode.

To be fair, London 2012 doesn’t exactly skimp on content, and it’s easily the best looking Olympic tie-in I’ve seen in four years. The athletes look like real people rather than lumps of moulded plastic, the venues look lifelike and the commentary, while rather repetitive and occasionally off-mark, is higher in quality than one would expect from what many would assume is a cash-in title. The developers have even designed a series of loading screens based around London 2012’s hideous logo that looks genuinely eye-catching, which is something of an artistic feat in itself.

But in spite of all this, London 2012 fails to achieve what many modern sports titles manage with aplomb, which is to generate interest in the sports (or in this case, the event) they’re based around. Admittedly, I’m a tough sell for the Olympics. I live in London and I’m surrounded on a daily basis by reports about how much the games are costing, how draconian the laws surrounding them are, how much they’re going to inconvenience the entire city, and conversely, how grateful the Olympic committee seems to think we should feel about all of this.

London 2012 is likely be another piece of licensed memorabilia for anyone who already has the dinnerware, tea towel, and bedspread, but it’ll struggle to convince any of the Olympiad unconverted who have a picture of Sebastian Coe affixed to a dartboard in their kitchen.

London 2012 will struggle to convince any of the Olympiad unconverted who have a picture of Sebastian Coe affixed to a dartboard in their kitchen.
5 Nice visuals Better alternatives out there No good in solo You'll need to really, really love the Olympics

London 2012 – The Official Video Game of the Olympic Games

London 2012 – The Official Video Game of the Olympic Games