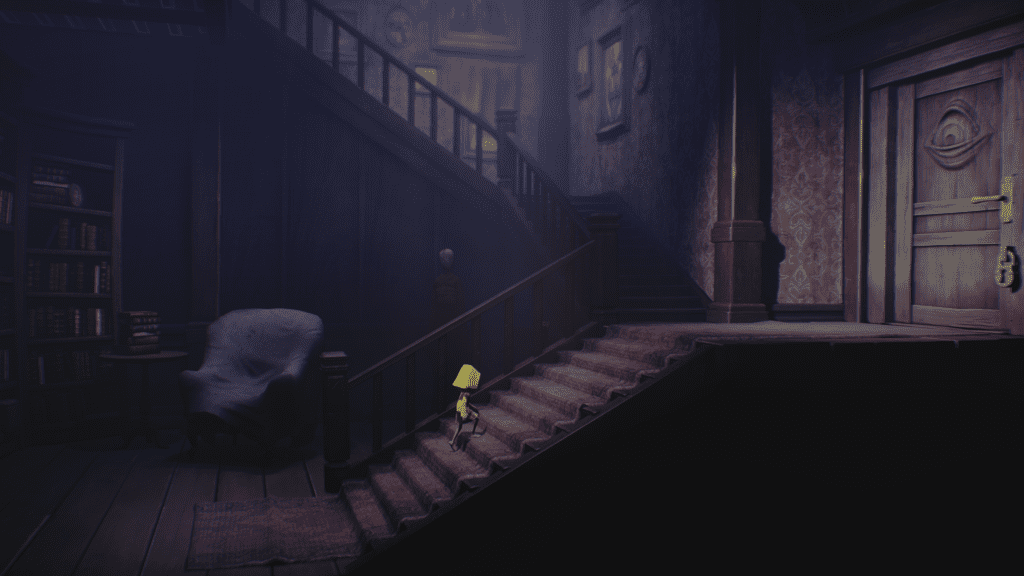 Little Nightmares is frightening. Not in a jump scare way, like turning a corner in Outlast and having an angry man yell at you, but in a way that gets under your skin. A way that whispers in your ear that you won’t sleep well tonight. Little Nightmares takes things you were afraid of when you were a kid, and reminds you you’re still afraid of them now.

In my preview of the game I went on about how it takes things that you’re familiar with and makes them a bit wrong. This is true of the full game, but taken to a darker level than I was expecting. Your nursery, your kitchen, your dining room, your mum’s bedroom, are all places you should feel safe, but in Little Nightmares they’re not safe, they feel relentlessly unsafe, at a degree that only children and people with unceasing anxiety usually experience. What is the worst thing that could happen to me, right now, having taken something I shouldn’t have? Having unlocked a door I’m not allowed behind?

It is that I will be hunted down by the adult in charge. They will chase me through the house, and I am not as fast as them. Even when I’m running at full speed they will gain on me. They will catch me, wrap me in linen and put me on a meathook. They will smother me in the guts of a fish. They will drop me in a grinder. They will swallow me whole.

Little Nightmares plays on the blurry line between imagined dangers and real ones. When I was little, I slept with the covers over my head because I was afraid of the dark, and I was afraid of the dark because there might be monsters in it. I ran upstairs when the lights were turned off in case something was chasing me up them, and I jumped off my bed instead of stepping down, in case a hand reached out from under it. I was always terrified of mannequins and Little Nightmares has helpfully reminded me that I very much still am.

Six, the faceless little girl you play as, is so much smaller than everything she comes across that almost everything is a hazard anyway, and the lighting emphasises it. Six carries a lighter that flickers and casts long shadows, and distorts things. It’s a horrible choice, whether to sit in the dark or turn on the light. In the dark it’s easy to imagine there’s a monster, but what if you turn on the light and it turns out there actually is one?

In Little Nightmares the monsters are real, of course, but they’re all grown ups in one way or another. Greedy, selfish, vain grown ups. There’s a really exquisite attention to detail in the design of Little Nightmares: the feeling of different areas, the piles of books in one place, linen in another, and dishes somewhere else again, all match the adults who are in charge there. When you run, Six brings up her hand to shield the flame on the lighter, and her feet make a little slapping noise that reminds you of walking on cold paving stones without any shoes on.

This detailed framing of a child stuck in a grown-up world, with discarded cigarette butts and shoes that are almost as big as Six is, means you’re hardly aware of the puzzles and platforming you’re doing. Six isn’t platforming, she’s just very little and trying to reach the door handle, that’s all. Either the issues I had with depth perception have been fixed, or I simply didn’t notice them this time, because being Six made perfect sense in context — although some parts of the control mapping can be a little awkward, especially if you want Six to run and jump. When you miss a jump, Six crumples on the floor like a crushed daffodil, and it’s upsetting.

But so much of Little Nightmares is upsetting, in a lovely way, that it sounds faintly ridiculous to recommend it:

‘You should get this game, it’s really good.’

‘It was one of the most unsettling experiences of my life. It was like a finger on the back of your neck. It was like hearing something upstairs when you think the house is empty. I said “Oh god, oh god, leave me alone!” out loud, several times.’

Possibly the most unsettling part is the end. Little Nightmares definitely tells a story, without any words. Along the way you pass other children, other small huddled figures in cages and, chillingly, you are unable to help them. You can even climb over them. They’re not even trying to escape. And the conclusion of it all is, in retrospect, so terribly inevitable. You see it coming, but have no choice but to keep going. There’s no way to avert it.

We all grow up, eventually.

Little Nightmares is frightening, in a way that gets under your skin. A way that whispers in your ear that you won't sleep well tonight. Little Nightmares takes things you were afraid of when you were a kid, and reminds you you're still afraid now.
9 Amazing attention to detail across the board Still horribly beautiful Intensely unsettling 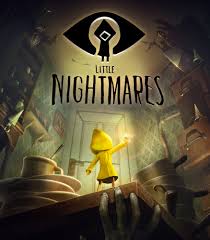