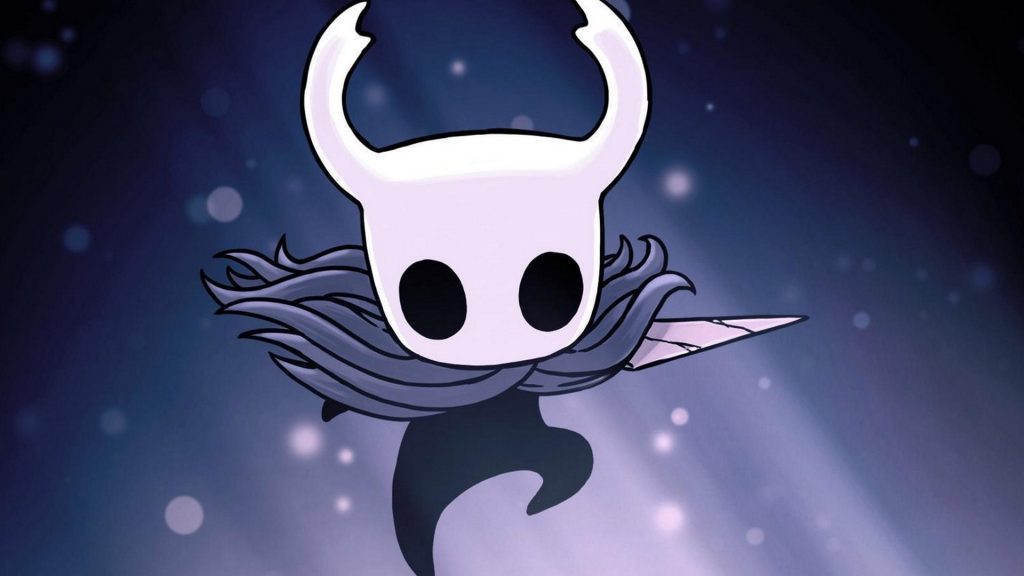 It’s hard to remember when exactly the Metroidvania became so popular again. It might have been around the time Microsoft completely failed to tell everyone how amazing Ori & The Blind Forest was; maybe it was when the Kickstarter boom was happening and Bloodstained was a thing thanks to Koji Igarashi, one of the fathers of the genre, being behind it. Regardless, Metroidvania games are a dime a dozen these days, so it takes a lot for one to emerge from the pack as one of the good ones, and even then it needs a hook.

Hollow Knight stands out partly because it’s a beautiful game. Despite the gloomy, dank opening areas that feel bleak, encased in darkness and accompanied by a feeling that nothing short of bug genocide has happened, it’s a stunner. Every inch has character, from the weighty combat that punches back at you with every contact, to the background animations, subtle as they are, that offer depth to the 2D aesthetic.

It also stands out because, well, some people are going to hate it. There’s plenty of standard genre-fare, here: jump around, swing a sword, explore the map only to find blocked areas which are obviously accessible when you acquire a  new skill, boss battles, and even a method of fast travel that’s unique and somehow feels a bit silly because it lets you ride a giant Stag Beetle (the last stag, no less) between stations. No, really. Oh and you’re a bug. 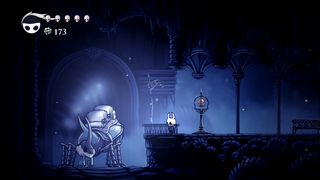 But people will hate it because of the way the map is used. In most Metroidvania games you’ll fill in the map as you go, and it’ll show you areas to come back to, or that are locked, or even an objective marker. In Hollow Knight, if you don’t sit down on a metal park bench, the map won’t be updated at all. Die before you find somewhere to rest your Knight ass, and all the areas you explored won’t be filled in on the map. It’s a level of difficult that demands concentration, because it’s brutally frustrating to lose that kind of progress due to the fact that you misplaced a jump or swing of your nail-sword. You even need an item to show your position on the map, but that’s cheap and you can buy it very early on.

The mapping system is something you might run hot and cold on, too. Spending an extended time exploring, annoyed there isn’t just a simple objective marker leading you in the general direction will be forgotten when you nail a tricky boss battle or lose yourself in said exploration. It’s telling that I could never quite make up my mind if I loved the ambition and ideal, or was annoyed by the obfuscation of direction. You won’t often accidentally fumble your way into a full-on boss battle, but it’s entirely possible you’ll find yourself between two very strong enemies and needing to escape in order to retain a good chunk of progress.

Death isn’t the end, mind you. A shadowy version of yourself will appear where you died, offering you a chance to get back your lost loot. Yes, it’s similar to those other games that do it, and yes it’s equally as stressful here. 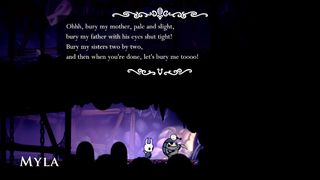 New skills come via the way of spells, skills, tools, and even charms which can be notched in to add passive abilities like a larger health pool. Death will come, for sure, increasingly so the further you progress. You can fill up an energy pool that lets you cast spells (from healing to a magic attack, etc) by killing other bugs in the underground areas you’re exploring, and the controls are responsive and kind, but the enemy movement often feels erratic, making it difficult to defend when they’re flying at you from multiple angles. You won’t ever get quite frustrated enough to throw your Switch right into the toilet bowl, but while I have you it’s worth saying I’ve played both this version and the original PC game, and the Switch version is a mighty fine port: it’s smooth, when it does have to load, it’s quick: it’s just a very well done version of an already superb game.

There’s no question that the aesthetic is one of the stars (even if it’s a shame it’s not 1080p when docked), but the dark story has heart and character, and as cliched as it may sound, that counts for something. The almost monochromatic, watercolour style eventually leads way to a brighter, yet still washed-out looking design. Everything feels alive, pulsing with vigour and light even in the darkness. It’s not quite up there with the pinnacles of the genre, but it’s damn close. It’s a unique take on the Metroidvania, eschewing bombast, instead relying on nuance, dedication, and precision.

It’s deep and rewarding, but also brooding and destructive. It’s a shame that, very occasionally, the precise platforming is ruined with a random push of the jump button registering a second too late; resulting in damage from spikes, but you can’t have it all, I suppose.

Dark and beautiful, you’ll come for Hollow Knight’s visual appeal, but you’ll stay for the challenge and responsive combat.
8 Stunning art direction Responsive combat and movement A unique take on an old genre High difficulty can be off putting Not 1080p in docked mode 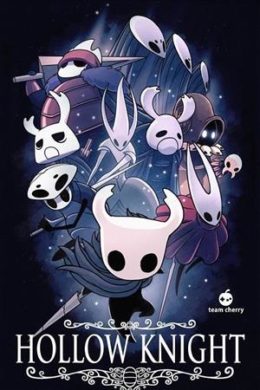 Action-platformer in a dark, surreal world.

Action-platformer in a dark, surreal world.