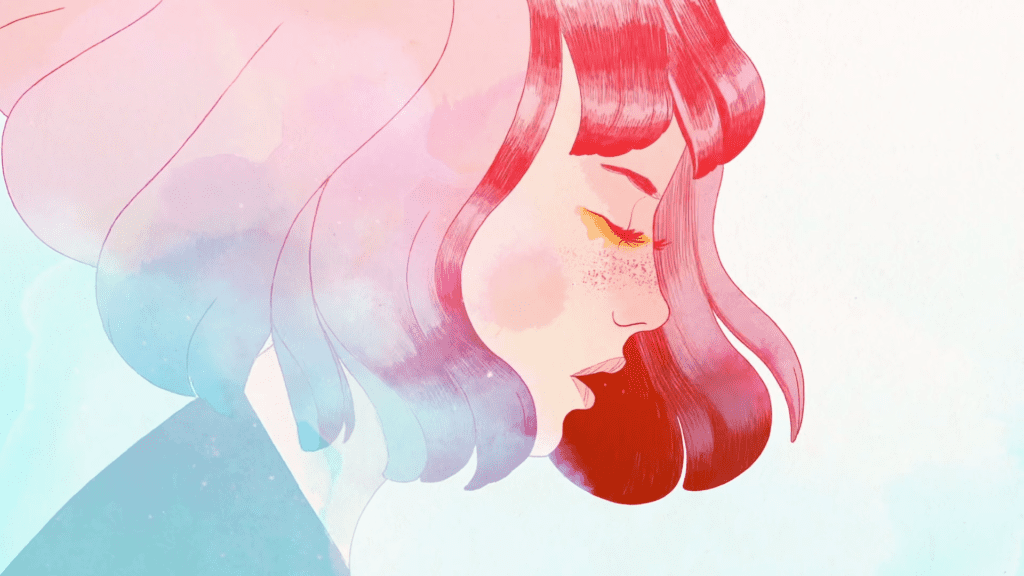 Dumb fun will always be a part of what makes video games so great. But in the last decade or so, the medium has expanded to include more evocative stories; Gris wants to be in that conversation. It’s eager for you to open your eyes, look past the stunning exterior, appreciate what’s within, and feel. A girl in a magical dress must pick herself up after experiencing great sorrow by restoring colour to both her life, the side-scrolling monochromic environment, and conceivably, your heart. And if that wasn’t enough, a cursory Google will tell you that Gris is Spanish for grey. You feel it now, don’t you?

But, no matter how much I wanted to, I couldn’t – or at least couldn’t feel the coveted emotion. The simplistic narrative is littered with imagery that expects ‘ooohs’ and ‘aaahs’ from a reverent audience for being even mildly obtuse. By collecting floating orbs that are scattered about the place, you get new abilities and bring colour back to the world, and each introduction suggests some astonishment is necessary there, too. It’s just all a bit uninspired. Green is nature is growth is leaves that you can use to propel yourself into the air. Red is anger is destruction is opening new passageways by breaking blocks. And so on. It’s influenced by other games of this ilk – there’s even a Journey sand slide in here – but it fails to elicit anything resembling a reaction the top tier can. A straightforward story works just fine, but little is subverted in Gris, so it quickly becomes mundane.

But as the vibrance is turned up, so is your involvement. It’s really passive at the beginning, and admittedly somewhat throughout, but platforming and puzzles are a bit more engaging as you discover what your frock can actually do, and how these skills can be used simultaneously. Sure, the correlation between these abilities and the story is trite, but that doesn’t mean torpedoing out of the water like a modern-day Ecco the Dolphin and gliding to an undiscovered location is any less than moderately enjoyable. Powers are doled out at a decent rate, so you at least don’t become disinterested with that aspect. The fake peril, ironically, is a killer, though; sandstorms, irritating crows, and gooey sea snakes mean little to nothing in the bigger picture. Their aim is to impede you a little, like an uncharged pair of Bluetooth headphones, but that’s it. You can quickly disregard any real influence you think they have, because, well, they don’t really have any. I let the game play the gooey sea snake bit for me and nothing happened. It was successful. Congratulations game. There is no consequence; like an uncharged pair of Bluetooth headphones. 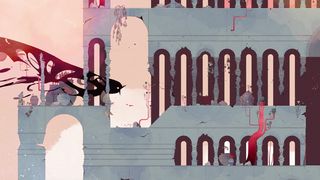 Oh, it is pretty, though, isn’t it? Characters move with an anime-like flow, and surrounds burst with the intensity of a BBC newsroom covering a Conservative party conference. Dominant colours don’t wash out the weaker ones, either; they invite them to the party. The yellow section might be dictated by illumination, but it hugs the blacks and blues as tightly as an expertly crafted football away kit. Although, it’s not without issue. As you run about some architectural ruins, you’ll be forgiven for sometimes trying to leap onto a platform in the background. Due to everything on screen being given equal importance in terms of beauty, you can find yourself, occasionally, falling flat on your face while mistaking scenery for stage. Still… oh, it is pretty.

And it’s complemented by audio that knows its place. A sustained chord, or an ambient hum only sporadically comes to a blistering crescendo when the more dramatic moments present themselves. The score reverberates around the visuals – as well as the ticking of mechanical platforms and the whistling of startled birds – never taking the spotlight. It’s a beautiful mix of sedate electronica and boisterous strings that understands the reason you’re here is because of how it looks and not how it sounds; it plays its role wonderfully.

It’s a shame that the AV delights are in a video game lacking a splash of magic, because they are that good. They actually prop up a largely dull experience, crying out to be held in high esteem alongside those that have paved the way, and even some that were released this calendar year. You can try and disregard the elegant art and the carefully constructed melodies of Gris, and I suppose you will feel something. But it’s probably just apathy. 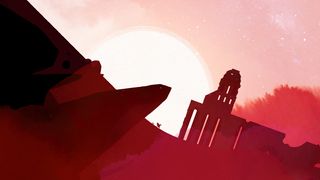 Available on: Switch [reviewed on], PC

Gris plays to your aural and optical senses by delivering something exquisite in that area, but lacks a compelling story to prop itself up alongside equivalents.
6 Stunning to look at Measured and beautiful audio Uninspired story Really passive at times 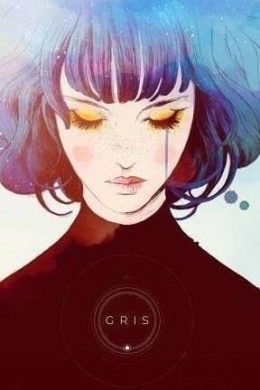