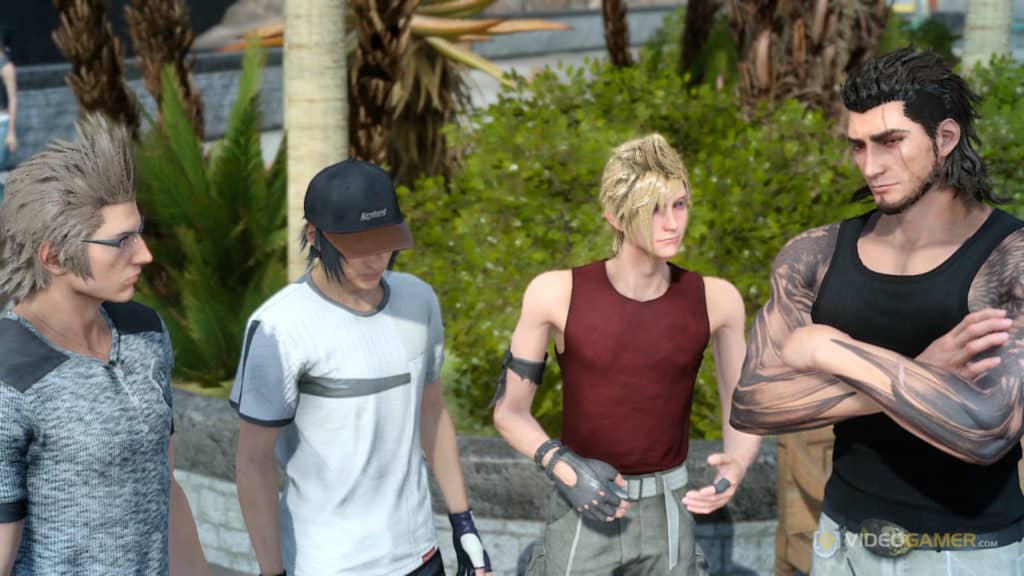 Contents hide
Getting a handle on Final Fantasy XV’s combat
Taking the scenic route
Which Final Fantasy Character should you date?

Getting a handle on Final Fantasy XV’s combat

In Final Fantasy XV the developers have made a complete departure from the traditional turn based combat that you’ll remember from other Final Fantasy games. Fighting as Noctis alongside his three variously muscled pals is fast-paced and at times hectic, so we’ve got a brief guide to help you get the hang of things.

These tips will give you a head start and serve you well as you progress further in the game too. Just remember to keep a stock of Elixirs and Potions alongside and you’ll be fine.

Sam, an aficionado of interesting methods of travel in games, has some concerns about Final Fantasy XV’s convertible, the Regalia. Check out his feature to read about why taking the scenic route is a good option if it’s handled the right way.

Which Final Fantasy Character should you date?

Alice is a big fan of the central group of characters in Final Fantasy XV: Prince Noctis and his three close friends Ignis, Prompto, and Gladio. In the game each of them has a distinct personality, likes, and dislikes, and together they form the greatest J-pop band there never was (at least in her mind). This multiple choice quiz will tell you which of them you’d be best suited to dating, whilst also giving you a bit more info on each of the lads at the same time.

Final Fantasy XV is about adventure and excitement. There are oddities, and it's not the FF you're used to, but it's a good time with some good boys, and has an unexpected emotional resonance to it. Sometimes it seems like it shouldn't work, but it does.
8 Characters and central dynamic are adorable New combat is fast and fun World is pretty gorgeous, tbh The camera goes on the wonk and I still don't like their bloody car