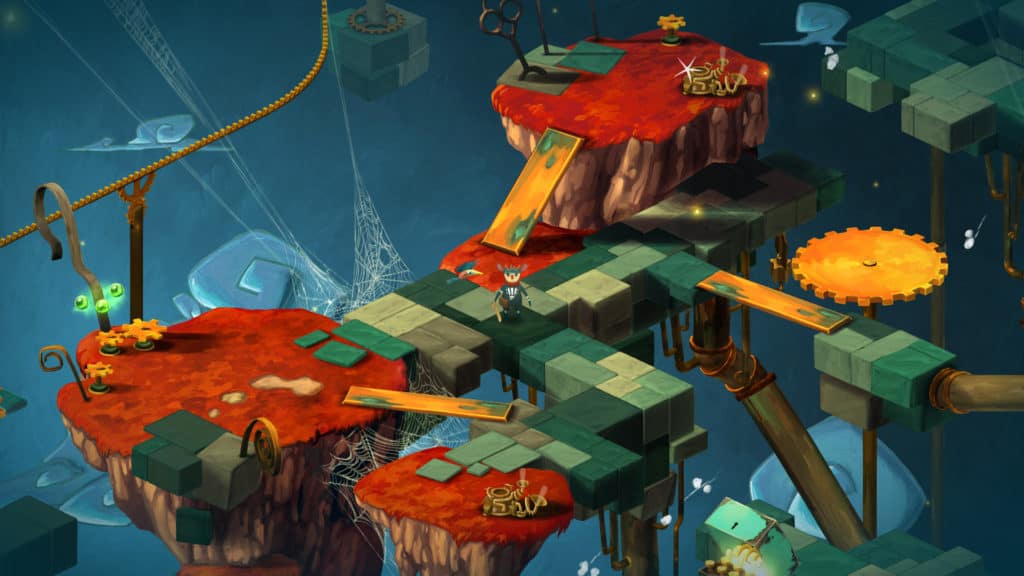 You know when you go and see a Christmas panto, or — because I know pantos are a tradition curiously specific to this country and impossible to explain if you’ve not seen one — a Pixar movie, and there are nice colourful bits for kids to make them go ‘Ooooh!’ and maybe some bits about farts to make them giggle, and a slightly-but-not-too-scary monster that they can relate to and conquer but, and this is important, there are also some quietly sarcastic characters and other nods and winks? That’s Figment.

In Figment you play as Dusty, a curmudgeonly sort who starts the game wanting nothing more than some ice to cool down his room temperature martini, but must reluctantly return to heroing in order to save the day. Figment takes place inside a mind, where Nightmares have escaped and are running rampant, mucking up the mind’s normal operations. What follows is a mix of simplified platforming, a bit of combat, and some quite complex puzzling.

Figment’s greatest strength is in its sound. While you’ll encounter some thematically appropriate songs from, for example, each of the villainous nightmares you run into, it’s not exactly a musical — I’m not sure what time-spent to number-of-songs ratio something needs to have to qualify as a musical, but I’m pretty sure it’s more than in Figment — and the songs are probably more fun for children, in all honesty, but the voice acting and performance is uniformly great, and really emotive and distinct for each character. The score is really wonderful, matching each different area of the mind you visit, but having themes that carry through, as well as being context sensitive; when you’re near a guitar that has grown from the ground, you’ll hear the guitar louder than anything else. Just, bravo to whoever put it all together.

The concept and art marry together beautifully, with a kind of surrealism appropriate to being inside a mind, although sometimes the game sticks so rigorously to whimsy that you’re not sure what exactly you’re supposed to be doing because your directions were given to you in a sort of half-rhyme. But being inside a mind is pretty cool. In some areas you’ll be walking over floating pencils, or lily pads, and in others you’ll be running around islands made of springs, moving gears and ticking clocks. But there is a lot of running around.

Figment is kind of an action adventure, but most of your time will be spent puzzling, and for the most part they’re good puzzles — though there are some that are probably not solvable for a kid working alone, or even an adult — varying between using limited batteries to power different things, to running over buttons in the right sequence, to growing plants in the right places. The trouble is that a lot of the constituent parts you might need to solve puzzles are often quite far apart, so Dusty ends up burning a lot of calories. This is particularly frustrating if you get stuck and end up pacing around the map trying to figure out what exactly it is you’ve missed. Eventually it starts to feel a bit repetitious.

The combat, which doesn’t come up that often, can be surprisingly tough because your attacks are quite hard to aim, so that can get a bit frustrating too. But Figment is such a nice place to hang out, and has such a nice message, that you can mostly get over it.

Available on: PC [reviewed on], coming soon to console

A well put together action puzzler, Figment has truly outstanding musical work. It'd be a great game to discover with children, but you'd probably need one to get the most out of it.
7 Some surprisingly hard puzzles Fantastic music Really nice design and concept Bit unfocused at times 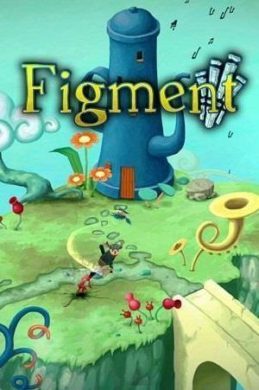