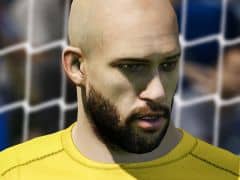 FIFA 15 can play a great game of football. The players and pitch look better than ever. The progressive degradation of turf, coupled with the licensed stadia and improved matchday presentation makes this the most immersive FIFA yet. Possession tackles improve defence while more intricate passing aids attacks. But despite taking many steps forward, as ever it takes some back too.

One of EA’s big pushes has been the evolution of goalkeepers. What wasn’t explained was ‘evolution’ referred to humanity. These are T-1000s. Their shot-stopping is unbelievable. Couple this with the nerfing of most finishing to the level of which world-class strikers can’t finish their dinner, it leads to too many 0-0’s with over 20 opportunities. Like heading in 14, keepers are overpowered and in need of urgent fixing.

Ultimate Team adds concept squads and loan players, the latter especially handy for those lacking either the funds or luck needed to acquire superstars. Loan players are only available via EA through the revamped EAS FC, where you can also share and comment on friend activity. The ability to create ideal line-ups before committing to a purchase is great pre-planning, and the share function will allow many players to learn from the best.

The gameplay issues can often be patched. What cannot is the lack of innovation off the pitch. Team Sheets – a brilliant addition where the movement and work rate of every outfield player on the pitch can be altered, offering management-sim level tactical choices – aside, the UI and single-player modes are practically identical to 14.

This isn’t good enough. EA knows how successful FUT is, but that’s not to say the rest of the game doesn’t need updating. FIFA 2014 World Cup included some great ideas, like Pro rivalries and integrating training drills into career, neither of which are present.

FIFA 15 has gameplay problems, but it can also play some sublime football. However, single-player’s continued stagnation leaves a sour taste in the mouth. If goalkeepers can be addressed, EA will remain the football king. Right now, FIFA’s at risk of being clawed back in the title race.

There's a sublime game of football in here, but overpowered goalkeepers and a lack of innovation sour the experience.
7 Great presentation. Possession tackles. Single-player modes a rehash of last year. Goalkeepers in desperate need of balancing.