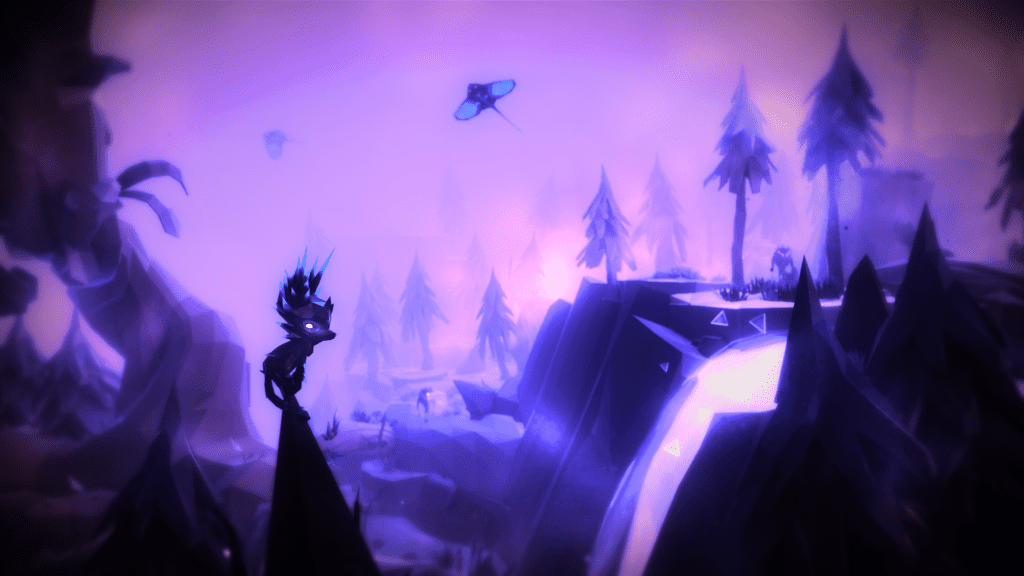 If you liked the feel of Ori and the Blind Forest – not the way Ori actually played, because where that was a 2D platformer and very hard this is a 3D one with very forgiving checkpointing, and not the way Ori looked either, because it was a lovely illustration and Fe is big geometric blocks – but the feel of it, the serene forest with interloping darkness disturbing the balance, the foliage, the dripping water in caves, the bioluminescent glimmerings all over the place, then you will probably like Fe.

Fe is the titular little fawn creature you play as, who seems to have fallen from the sky and now explores the world that they’ve landed in, which has forests and swamps and caves and some icy snowy bits to boot, each populated by a particular kind of creature to get to know. As Fe you mostly interact with the world by singing, which you can do either in a soft little growl or a hooting, toddler-in-the-flat-downstairs yowl depending on how hard you’re pulling the trigger in. Unsurprisingly other animals respond best to the former, but you can call helpful birds with the latter. It would all be a lovely day out for Fe, were it not for what look like some strange armoured robots that patrol and scuttle around, capturing all the living animals in cages by using their own discordant singing to trap them.

Baby animals will help you because they recognise that you’re a friendly little critter, but they all speak different languages that open different platforming options that are colour coded to each song. Birds, for example, can chirp in a way that opens the explosive seed pods of bright green plants, while the deer-type creatures can exhort bright orange flowers to open and float you into the air. Using these different methods, Fe explores each area of the open world map to free the creatures that live there.

The swamps, for example, are home to some strange, giant mammalian slugs things, who have been separated from their large broods of children. Some complex platforming reunites them all, and the grownups teach you the particular language of the slug mammals. There are animals that look like a cross between boars and wolves living in icy caves, and their song makes mushrooms glow bright blue. The ‘main’ example of each of these animals is often very big. The deer are lead by a huge example of their species that has trees growing up its legs, and will very strongly remind you of Princess Mononoke.

As the game goes on you learn all these languages and gain the animals’ abilities for yourself, and in turn explore new areas of the map that require more and more complex platforming, combining all your different songs together and sometimes switching between them in mid-air. Some of the jumps are finicky, some of the moving platforms are unforgiving, and leaping from treetops is sometimes a risky proposition even when it’s what you’re meant to do, but it’s a fun little juggling exercise. It’s nice, too, that the songs do each sound different. My favourite is that of the ice boar wolf things, which is an appropriately mournful howl.

Along with the platforming and puzzles, there are also collectibles, including shards of pink energy that Fe can trade in to a giant magic tree in exchange for more helpful abilities like gliding, and slabs that are obscured by darkness that Fe must dispel by singing, revealing drawings telling fragments of a story or giving warnings as to what might be ahead.

It’s all very lovely and (literally) harmonious, and carries with it some rather obvious metaphors to do with industrialisation and taking care of the planet and meeting aggression with love, and it’s the sort of game that you can play with your children, or even leave your children to play alone quite happily. Coloured flowers and singing is a nice enough way to spend a rainy afternoon.

Available on: Xbox One (reviewed on), PC, PS4, Nintendo Switch

Fe is all very lovely and (literally) harmonious, with fun layers of platforming. Coloured flowers and singing is a nice enough way to spend a rainy afternoon.
7 The singing is very sweet It's relaxing to play Look how cute all the animals are! Platforming can be a bit imprecise 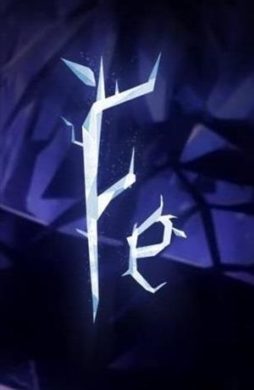