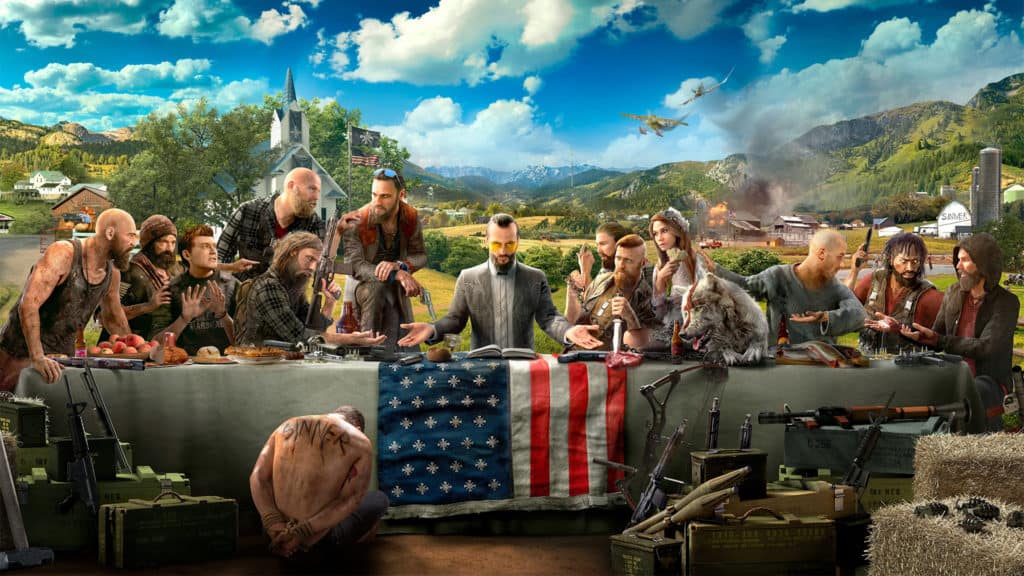 A good villain must truly believe in what they’re doing; mustache-twirling maniacal baddies with campy cackles and zero reasoning are passé. If your adversary can lay out the steps they’re willing to take to be successful, and exactly why, it makes them all the more terrifying. As you arrive in Hope County to arrest the leader of the Project at Eden’s Gate, the first thing he says before you slap on the cuffs is ‘God will not let you take me,’ and he believes every word of it. Joseph Seed, affectionately called The Father by his followers, claims the end of the world is nigh and has taken it upon himself to save as many people as he can before the prophecy comes true. And when Seed is looking you dead in the eye, telling you why he’s right, it’s hard not to believe him yourself. He’s magnetic, he’s eloquent, he’s cerebral; it’s easy to see how people could fall for Joseph and the Seed family even if they are a bunch of vile, trigger happy, psychopathic cultists.

The charismatic John promises atonement for would-be Eden’s Gate recruits in Holland Valley, Faith manipulates the thoughts and realities of people along the Henbane River through the drug Bliss, and up in the Whitetail Mountains Jacob trains his religious soldiers in twisted trials. While Greg Bryk is masterful as the chilling Joseph Seed, his three aides are compelling in their own right, each with their own justification and distressing tale. Moving between regions and discovering each captivating sibling is equal parts hideous and joyful. It’s a testament to the actors’ quality that I was marvelling at their performances while squirming in my seat with discomfort. When they weren’t around I was blowing stuff up.

To be reductive Far Cry 5 is another Far Cry game: an open world first person shooter where a stealthy approach quickly turns into utter chaos as explosions fill the screen, and random events happen so perfectly that they almost feel scripted. But Ubisoft has taken some of the better elements from its huge slate of games, as well as everything it’s learned from the previous entries in the series, and has created the sleekest instalment yet. Your map is never cluttered with busy work and instead focuses on the fundamentals, which will build up your resistance metre in each area. Your rebellion grows stronger with every Eden’s Gate structure that’s destroyed, every civilian rescued, every outpost overthrown, and none of that becomes tired. Whether picking off the indoctrinated rabble from a safe distance with a bow and arrow, or dropping bombs from overhead in your air safety regulation breaking plane, the bedlam never subsides, and its impact never wanes. This beautiful, rural setting doesn’t just function to feed your appetite for destruction, though, and the Prepper Stashes show this more than anything.

In previous games, towers acted as little platforming challenges that, when scaled, would clear some of your map, and thankfully they’re gone. Ubisoft has taken that puzzle aspect and applied it to the new Prepper Stashes scattered throughout the map. A ton of Hope County residents have been getting ready for a cataclysmic event, and have caches of ammo, money, and upgrade points sprinkled across the Montanan county, which is quite handy for you. But getting to these stashes isn’t always straightforward and often requires a bit of thought. You’re generally given a starting clue on how to get to the treasure trove of survival goodness, but after that it’s up to you to solve these environmental puzzles using your two legs, your grappling hook and your knowhow. They’re a game changer; a breather from the action that test you in a variety of ways. And if you don’t chat to NPCs in Hope County you may miss a few – you may miss a lot, in fact.

Granted, Far Cry 5 will point you in the right direction a lot of the time, but it also rewards you for poking around, and chatting to the locals sauntering through the greenery. You might come across a woman and her dog out for a stroll who’ll tell you about one of those pesky cult structures, an undiscovered outpost, or even a person of interest. Sometimes these people are well-meaning individuals with their heads screwed on, but more often than not they’re a tad eccentric.

Adding some levity in Far Cry with optional quests isn’t new for the series, and there’s plenty here that give you brief respite from the grim main story. There’s one specific side mission involving a guy who believes in aliens that initially had me wrestling with the reward I received from doing it. I wondered if it was a step too far for a few moments before embracing it because it made things more fun. I lapped up my chance to silence a movie set for a film director, I enjoyed helping a Jesse Pinkman-like cook who was perfecting his recipe, and I relished the opportunity to nab some bull testicles while Marvin Gaye’s Sexual Healing played over the top. There were a rare few that didn’t quite reach the notes they were aiming to hit, but for the most part it was some cherished downtime in the scenic backdrop of Hope County.

Hopping into a vehicle that’s tuned to one of the Joseph Seed sponsored radio stations, hearing the Eden’s Gate choir belting out one of their hauntingly gorgeous hymns, and taking a spin along the backroads shows how stunning Hope County can be amongst the unrest. But like all good open world games, the trance is broken when you see your buddy that’s tagging along clip into the ground, or continue to climb up a ladder that they’d seemingly gotten to the top of already. While seldom, it’s definitely something that reminds you you’re playing Far Cry 5 rather than hunting down a modern day David Koresh. I suppose a grizzly bear at your every beck and call will do that too, though.

Single-handedly ending this holy war is a bit of an ask, but luckily you have guns (and fangs) for hire who are willing to stand by you and fight the good fight. You’ll come across resistance members on your travels who are up to the task, but the nine Specialists of Far Cry 5 are who you really want with you to take down Eden’s Gate. Essentially filling in the roles of actual co-op partners, your combat ready friends will go where you tell them, attack those you take a disliking to, and revive you when you’re down. Depending on how you like to play you can choose allies that are more measured in their approach like the sneaky cougar Peaches, or opt for the less subtle RPG-toting Hurk Durbman Jr. Trying out different combinations is encouraged as not every situation will suit your favoured chum. This is a theme that runs through to the perk system.

Levelling up requires you to occasionally change your loadout, and technique, as you’re awarded perk points based on the amount of kills you get with certain weapons, how you kill enemies, and so on – sticking to the tried and trusted method will hinder your progress, basically. You can then tailor your character however you like by dumping these points into your desired skills. It’s a clever way to praise tinkerers, but does also highlight one of the biggest issues with Far Cry 5: hunting is a complete afterthought. In past games you had to obtain animal skins to upgrade your ammo pouches and the like, but here you can drop points you acquired through whatever means into a larger arrow quiver, for example. You do get points for skinning animals, and the fishing mini-game is a pleasant little addition, but the risk/reward factor of taking on a lion so you can carry an extra tenner in your wallet hasn’t been replaced by some golden trout. The points you get from a couple of wolf pelts can be gained via less taxing means like Far Cry Arcade.

Right now Far Cry Arcade can only be called promising; the map editor allows users to create single or multiplayer stages using assets from Far Cry, Assassin’s Creed and Watch Dogs. Some of the Ubisoft created levels are a wonderful little deviation from the campaign, but this will obviously live and die on how well the community takes to the tools available to them. The possibilities are as exciting as other areas of the game, though.

Not since Vaas in Far Cry 3 has the series had a villian that is menacing when calm, mesmerising while unstable. Joseph Seed and his Eden’s Gate family are a frightening reality for the people of Hope County that are striving for something better. And when you’re taking a break from worrying about that you can be skydiving off the top of a mountain, working out one of the excellent Prepper Stash puzzles, gliding on the river in a speedboat. I never intend for an outpost takeover to become bombastic, but when a random grizzly bear runs in to upset my plans to remain undetected I can’t help but love every second that follows.

In its quieter moments Hope County is a picturesque backdrop to terrific Prepper Stash puzzles, and an over-the-top fantasy playground when the volume is turned up. Taking on Eden's Gate is compelling, horrific, and an awful lot of fun.
9 An exceptional core loop that never gets old Tackling Prepper Stashes is terrific Joseph and the Seed family 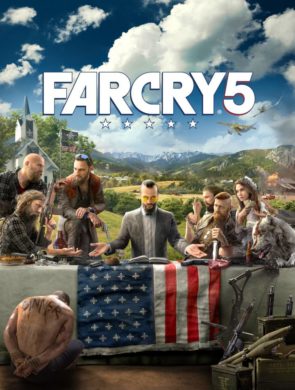