Whenever there’s news of a new Colin McRae Rally game, the question that whips fans into a fever is this: what format will its title take? Will it bear a bold number, like Colin McRae Rally 3? Will it adopt a date, like Colin McRae Rally 2005? Will it, having shed the McRae name, be addressed as Dirt, or its more serious sibling, Dirt Rally? I’m pleased to report that the new game has gone in for decimals, the better to drive home its lust for precision.

Dirt Rally 2.0 furthers the cause of those for whom life is a lap time, and the dirtiest word is ‘accessibility.’ I knew what I was in for just before my first race began. Looking at the crowds clustered near the starting line, I could have sworn developer Codemasters had tried its hand at stop motion. The onlookers were a mass of papery polygons and appeared to move at 20 frames per second – about as fast as you can fan a flip book. This, of course, was brilliant news; as a rule, the worse the graphics on the bystanders, the better the driving.

True enough, it’s clear that Codemasters has funnelled its focus into the feel of rallying. Initially, the feel of rallying, for me, constituted being upside down, sledding along on the roof of my car like an upturned bin lid. But after a couple of hours, the handbrakes, the powerslides, and the pace notes – called out, with clairvoyance, by your co-driver – all beat a new time on the brain. The driving mechanics are brutal but balanced, and, with a crunched bumper for a study aid, the learning curve, while something of a hairpin, is richly rewarding. 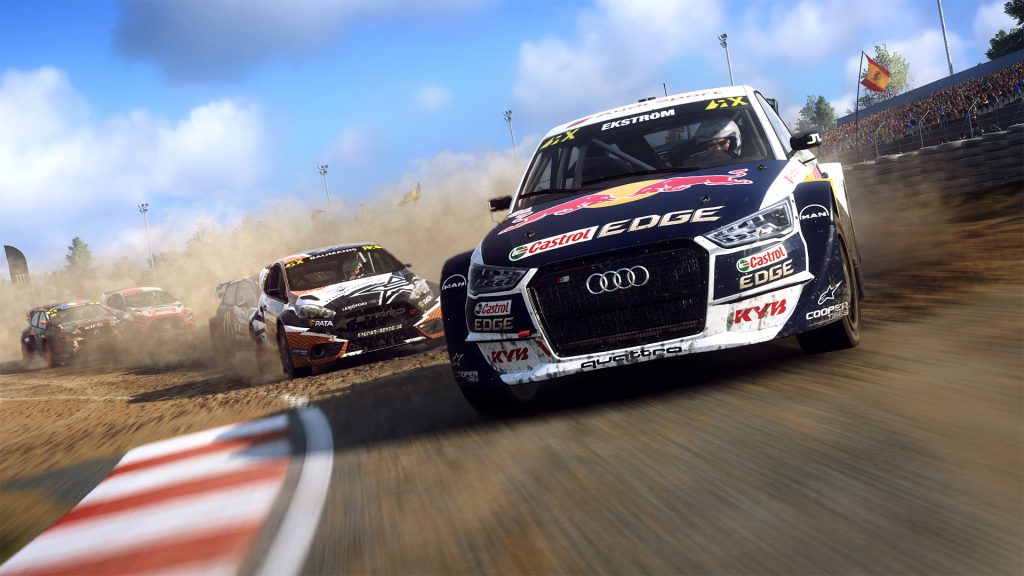 Outside the cockpit, though, the difficulty is yielding. I rumbled roughshod through my first championship thanks to the AI, which was content to let me cruise to the top of the leaderboard using rocks and trees to straighten out my wayward cornering. It’s just as well, as the most acute challenge lies behind the wheel, the most fiendish opponent your own instincts.

Coming to Dirt Rally 2.0 from the likes of, say, Forza Horizon 4 is refreshing; it means learning a new language. Twisting your car athwart the track with a pull of the handbrake and coasting round the shelf of a cliff feels blissful and wrong – like being unloosed from gravity. After a time, it becomes a new kind of right, more like surfing than driving, and there’s a faint ripple of Ridge Racer in the stupid joy of a drift – made all the sweeter for the countless failed attempts that lie in its wake.

Perhaps unsurprising, given the spartan fixation on form, there is much of the stripped-back about Dirt Rally 2.0. The career mode consists of events, be they single tracks or tournaments, in both rally and rallycross – its shorter, sprint style cousin. On top of that, there are daily and weekly challenges, and historic events that skid you into the sport’s past. With each win, you accrue credits, which you use to purchase and fine-tune cars. You also hire personnel – co-drivers, mechanics, engineers – all of which amounts to three things: rallying, rallying, and rallying. 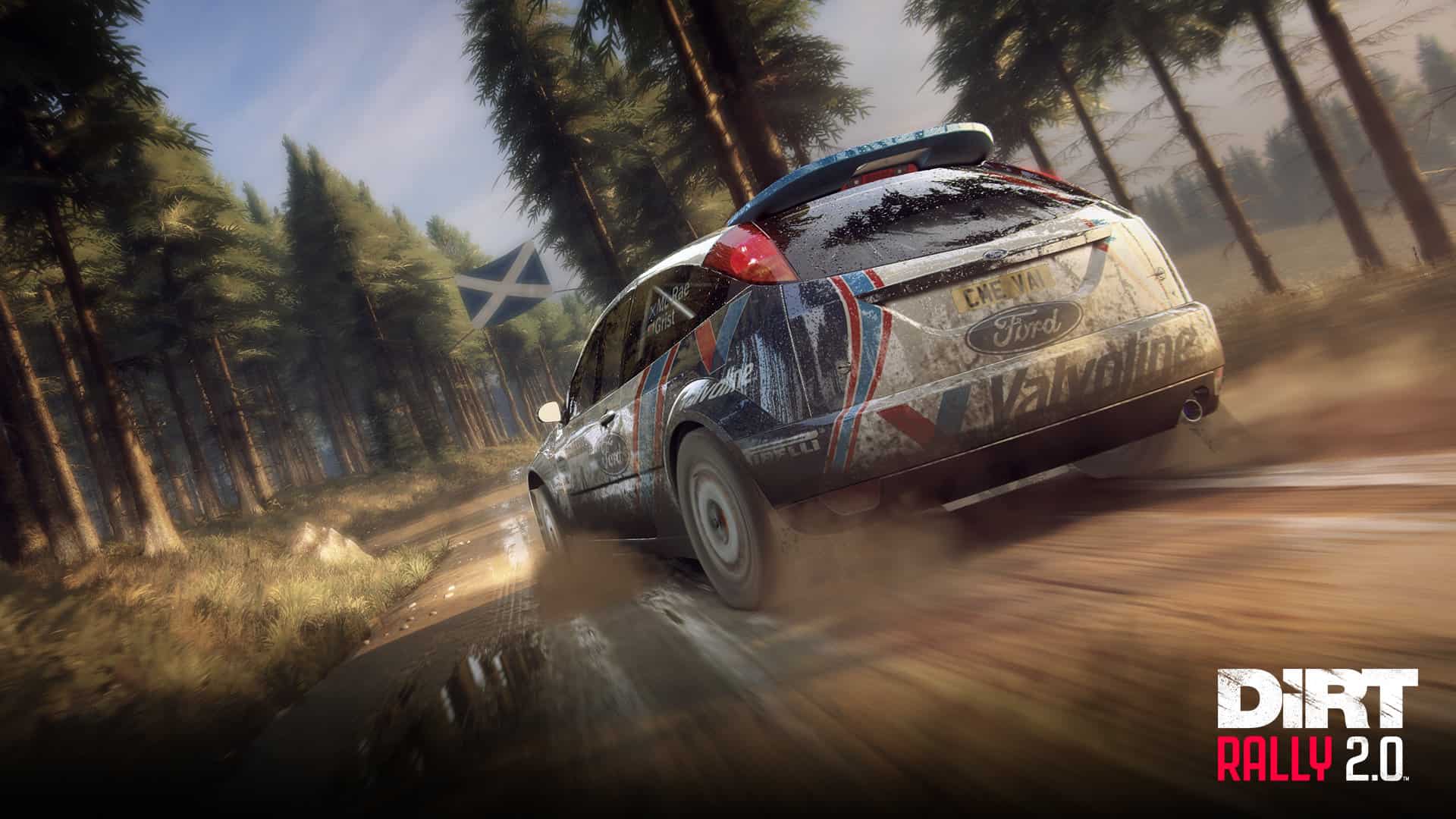 But, really, who needs elaborate events and pumped-up diversions when you’ve got gravel? And not just gravel but medium gravel, and heavy gravel; to say nothing of asphalt, rough asphalt, and smooth asphalt; and this is before we even get to the titular dirt. There are weather conditions, elevation changes, and times of day to take into account. The driving model is such that each tweak, no matter how tiny, becomes a transformation.

Your career darts from a clutch of vibrant places – Hawkes Bay, Argentina, Poland, Australia, Spain, and the US. But despite the enlivening of the colour palette, it’s the surfeit of smaller changes that adds the most meaningful variety. The tracks are long but not leisurely, demanding your attention for strenuous stretches; the slightest lapse in concentration can undo miles of deft driving, with a rewind mechanic that heavily docks your time, smacking more of punishment than relief.

You could accuse the game of being dogmatic to its detriment. In a telling dent, the menus haven’t passed their MOT, spluttering and stalling as you navigate them. And if you listen carefully, you can hear the fidgeting of the developers at Codemasters, wondering why you aren’t out on the track. And why wouldn’t you want to be? For all the unforgiving curves, there’s nothing like nailing the apex of a turn, kicking up a cloud of russet, and barreling out the other end with your tyres crying. It’s the sort of elation won in the tiniest of margins. The score below might say 7, but rest assured, it’s a 7.0.

Available on: Xbox One [reviewed on], PlayStation 4, and PC

The sharp difficulty and rough edges of Dirt Rally 2.0 give way to a rewarding racing model, with a surfeit of meaningful options for the obsessed.
7 Challenging, rewarding driving A slew of settings with meaningful variety A wealth of options for tinkerers Clunky presentation outside the driving Difficulty veers close to cruelty at times 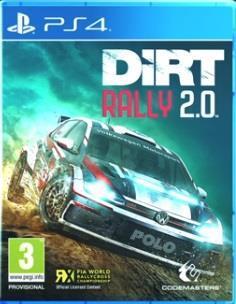