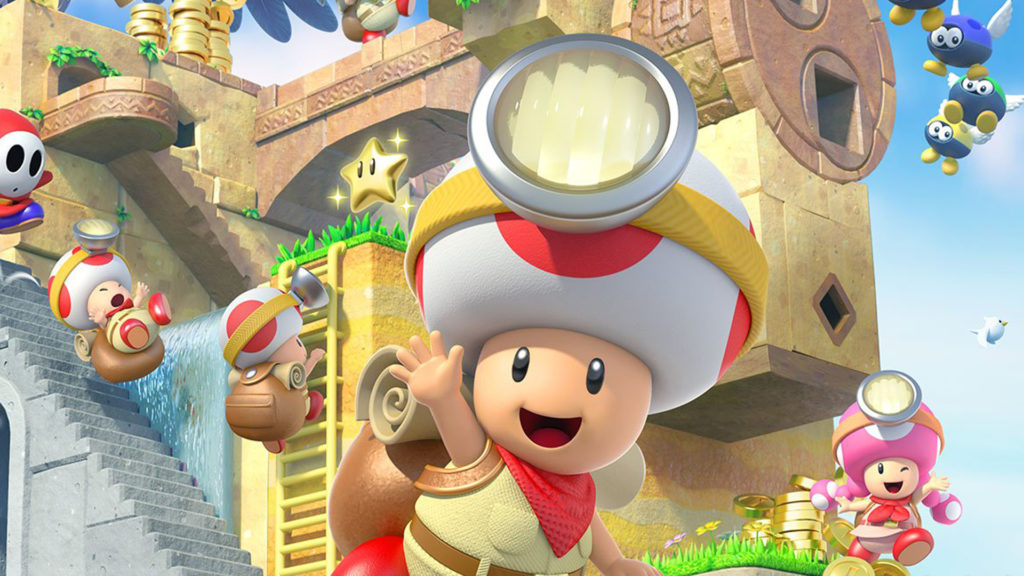 In 2014 Nintendo took those Fez-like bonus stages that were included in the terrific Super Mario 3D World and fleshed-out the idea by giving the sentient fungi their own proper 3D puzzle game in Captain Toad: Treasure Tracker. This is becoming a bit of a pattern; games that created some buzz on the Switch’s predecessor are making their way to Nintendo’s hybrid handheld, and this re-release of the Wii U original serves as a reminder that this world-twisting, diamond-collecting adventure starring two living vegetables is a wonderfully pleasant experience.

Each stage of Captain Toad takes place on its own little island with inoffensive baddies, a couple of switches, and special items like the smashy-smashy pickaxe scattered about the place. As either the titular foodstuff, or Toadette, you amble through the environment collecting coins and picking up the three sparkly diamonds within, eventually getting to the end-level star before moving onto the next colourful backdrop. There’s no time-limit, and peril is kept to a minimum – like a relaxing stroll along the promenade with your one and only, dealing with youths firing bottles of White Lightning in your direction sporadically with the simplest of ‘I will destroy you’ looks, it’s all quite relaxing. And the star of Treasure Tracker isn’t either of the edible annoyances; it is in fact how well put together these stages are.

Every one of the 60+ levels is their own little puzzle unto themselves, and the only way to figure out the solution is by swinging the floating camera around every which way. Doing this, you discover parts of the world that are otherwise obstructed by large obstacles or enemies; you’ll also spot some pathways that are inaccessible until you use the valves on the ground to rotate them into a traversable position. It’s a really clever way to get you to pay more attention to these compact haunted houses, sunkissed beaches, and fiery lava pits; you might be sleeping on a hidden diamond, or a coin stash, after all. There’s variety in the places you visit, too, and how you interact with them; some minecart levels and boss battles are thrown in and feel refreshing at just the right time. 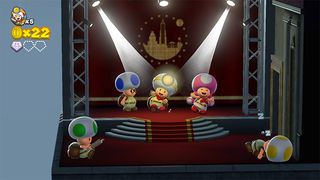 Whilst the majority of Captain Toad’s offerings will hardly wrack your brain that much – most levels are over in a couple of minutes if you’re hunting for those shiny gems, so ideal for the Switch – there is the odd occasion where you will be tested. Seldom, yes, but trickier levels do pop up, and it’s not just in the late game. If anything, the pacing is a little strange; you can have seven or eight simple ones and then, out of nowhere, a tougher one, and then back to the cheerful brain ticklers.

Each of the terrifically designed worlds has optional challenges attached too: kill all the baddies, don’t be seen, and so on. As well as that, there’s the option to find Pixel Toad. This hide & seek mode asks that you scour every nook and cranny of the area for an old-school looking mushroom, generally adorning the walls. When playing handheld, you just tap the old-school looking manky part of a stir fry, but when playing on the TV you point your cursor and hit the shoulder button on the controller. This cursor is an absolute pain.

Thanks to motion controls, you can stop adversaries in their tracks and push movable platforms with your reticle, but it feels like it’s forever fighting against you and not moving exactly where you want it to go. You can reset it to the centre of your telly whenever you like, but throughout my time with Treasure Tracker it just felt like an intrusive dot on screen that was getting in the way of all the Nintendo Charm™. 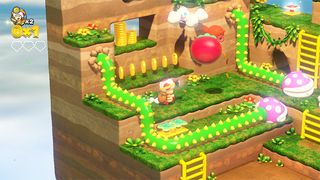 In two-player, though, it works a bit better. The multiplayer option isn’t anything incredible, but it does allow for those less skilled players to get involved at least. One of you plays as Toad or Toadette, while the other becomes the cold-blooded sniper who is able to fire turnips at will, aiding the mushroom on their quest for twinkling trinkets. It’s completely fine.

The volume of content that’s been added to Treasure Tracker is a little underwhelming. On top of a number of bonus stages that appeared in the initial release, four Super Mario Odyssey-themed levels are unlocked after the end-game or by tapping an Odyssey amiibo on your system at any stage – a little irritating either way because you’re asked to fork out more cash, or hammer the game all over again to get to the new stuff. The quality of the Mario stages is indisputable, however; I’d just like more of it.

Captain Toad: Treasure Tracker fits the Switch like a glove with its bite-sized levels that allow you to graft for glistening jewels at your leisure. If you played it four years ago, then there sadly isn’t a whole lot here that will feel fresh, but that doesn’t mean the base game isn’t as fun as it was four years ago for both experienced players and newcomers alike.

While this Switch re-release doesn't add as much as some may hope, Captain Toad: Treasure Tracker is still a delight.
7 Wonderfully crafted worlds Uncovering environments is a joy The new stuff is great 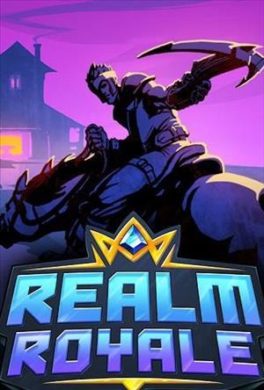