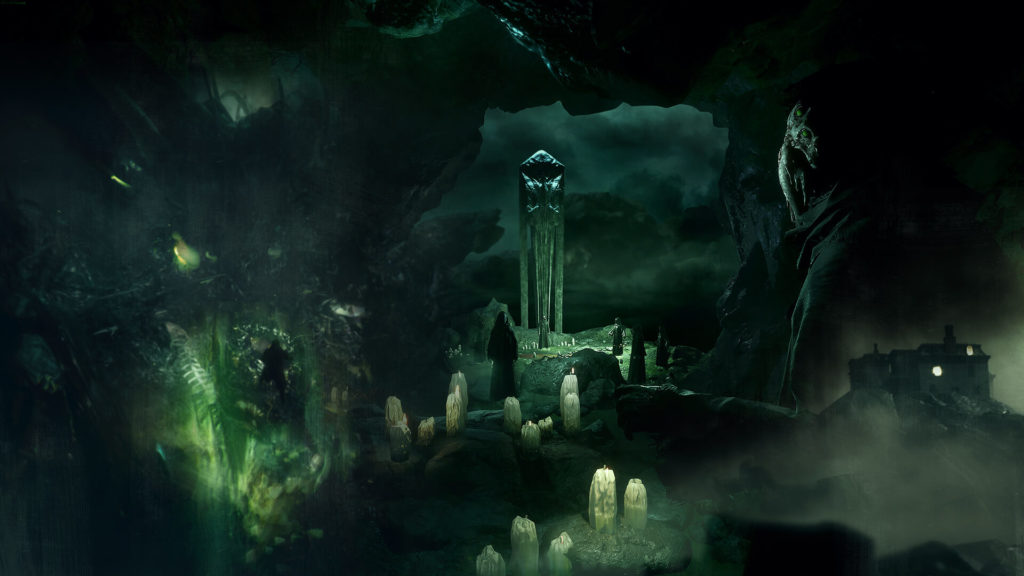 The island of Darkwater, where most of developer Cyanide’s Call of Cthulhu takes place, is pretty fishy. The odour doesn’t waft from the death, under mysterious circumstances, of a prominent community figure. Nor from the local cult, creeping in the caves near the shore. No, it comes from the literal fish, of which there is an awful lot: gutted, guillotined, strung up, rotting and writhing in mounds. Darkwater may be a proud whaling community, but it could do with a lesson in basic sanitation.

Onto this noxious burgh steps Edward Pierce, a private detective who hears a higher call. Not from the tentacled menace of the title but from a sense of purpose. ‘Are any of those cases worth it?’ he asks his agency handler, brushing off the bread-and-butter jobs that put food – and drink – on the table. His investigation pulls at a clammy thread, carried out with serviceable point-and-click detective work that has you troweling the wet dark for clues and conversing with the locals as the mystery takes shape – one of Prohibition era bootleggers, corrupt police, and an asylum where the lion’s share of lunacy is on staff.

As in most Lovecraft tales, things are at their most delicious early and in small moments: suspicious glances, unexplained goings-on, and the suggestion, however quaint, that the world may come undone because of the contents of a bookshelf. The game never matches the slow smoulder of its opening act, which is near-romantically icky. The trees are like claws, each gas lamp is ringed with flies and fog, and the rocks are draped with seaweed. It’s the sort of fantasy best soaked in while you’re warm and dry. The place is cast in a green hue, as if clasped in an empty wine bottle, which is oddly fitting – a tiny world unaware of the forces outside its own brittle bubble. 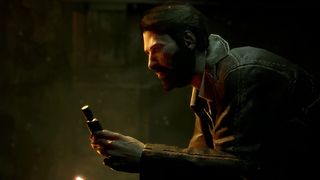 The game has arrived, as fate often fancies, as one half of a spiritual couplet. For Infamous, there was Prototype; for Second Sight, there was Psi-Ops; and for Call of Cthulhu, there is The Sinking City, which isn’t out until March next year and doesn’t boast the official licence on display here. But Cyanide’s head is bowed to the pen-and-paper RPG more than Lovecraft’s short story, and as such, role-playing commands the curve of your narrative at key moments throughout.

You pile points into seven categories – Investigation, Spot Hidden, Eloquence, Strength, Medicine, Psychology, and Occultism – and Pierce will either outmuscle his adversaries, make sharper deductions while reconstructing a crime scene, or dabble in the dangers of otherworldly knowledge, depending on your inclinations. It adds pep to the procedural and, thankfully, doesn’t demand an awful lot of attention.

There isn’t much here, aside from the early mood and mystery, that does; in fact, most things crumble under scrutiny. The citizens of Darkwater seem the victims not of extra-dimensional beings but of a large-scale cloning experiment run amok, such is the lack of variety in the designs on offer. Each face is the colour of a corpse, and most lines of dialogue plod along like a funeral procession. 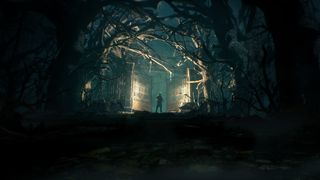 Even Pierce wants for some personality. I like a guy who looks for his luck at the bottom of a bottle and who looks scruffier, not neater, in a suit, but I couldn’t tell you who Edward Pierce is. He’s voiced by Anthony Howell, who provided the earthy purr of the equally vacant Jonathan Reid, in Vampyr. Like Reid, Pierce fought in World War I, and you sense the two might get on well – both trying to deal with a mad world, both leaving something of themselves back on the battlefield. Who knows? There isn’t much to him to grab hold of.

It’s a pity that Pierce is so affectless. The thrill of Lovecraft isn’t in creatures beyond comprehension; it’s the comprehension itself. It’s in the fraying of human composure, the failure of our attempts to codify the chaos, and the faint, ominous scratching sound at the thin windows of our experience. It’s a tough brief for a video game. The solution, as Amanda Ripley discovered in Alien: Isolation, is to climb into the cupboard and wait it out.

It’s fitting that Call of Cthulhu should crib the idea from Creative Assembly, but irritating that it muddies the execution. You can’t fight, so you’ll occasionally have to hide while a snarling patrol is carried out, being careful not to stay secluded too long, lest Edward’s mind crumble into mania. But yours will succumb to irritation before that. You can’t see much through the thick gloom of gamma, and tension soon turns to boredom. In a wardrobe, no one can hear you groan. 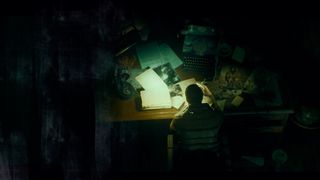 And there will be much of that by the time you reach the finale. The game’s reality, like pastry, is thin and flaky, folding in on itself repeatedly. As the events of the plot culminated in a cliffside showdown, I was paying more attention to the rocks. They had been carved into the shape of books stacked in piles – centuries of fossilised wisdom lashed by the rain. It’s one of a number of canny images that leap out the murk, as if from a muddy dream. You’ll be glad to have woken.

Call of Cthulhu's atmosphere, especially early on, is delicious, but it's let down by wayward pacing and plot and some muddy graphics.
4 Lovely mood and atmospheric opening Muddy graphics and animations The story and pacing loses its way Stealth sections are poorly executed 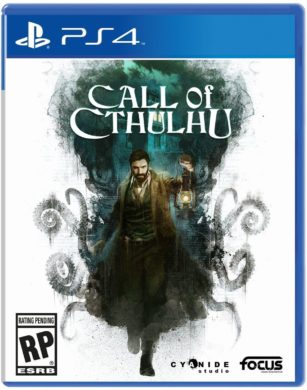