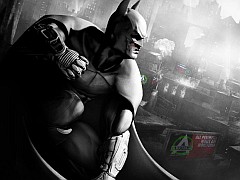 Batman: Arkham Asylum’s success hinged on the fact it would have been an outstanding game even without the undeniable force of its iconic source material. Instead of wheeling out the Dark Knight to distract from ropey construction and weary mechanics, as is so often the case, developer Rocksteady used the character to enhance and intensify the core experience.

For follow-up sequel Batman: Arkham City, however, tactful and intelligent use of the stoic hero is now expectation rather than pleasant surprise. But Rocksteady manages to unexpectedly delight once again by using a wider sample of the Batman universe and adding layers to its swelling chunk of Gotham city. If that’s not enough to put a Joker-size grin on your face, it also lets you punch hapless goons really hard.

The sturdy foundations laid by the excellent Arkham Asylum haven’t been reinvented, but every corner of the game somehow finds itself broadened and yet more focused, ensuring it can bear the weight of a loftier and more developed structure. Batman is now swifter and more dangerous, the villains more noteworthy and numerous, and the intricate world is more playful, varied and detailed.

Arkham City’s first hour re-introduces the environment Rocksteady has both created and inherited, yet its familiar core now feels like a whole new world; the gothic interiors of the asylum have found themselves inverted into a neon sprawl of gaudy lights, dilapidated buildings, and steel fencing. Arkham City develops and juggles open space as beautifully as it does crevices and corridors, creating a lengthy single-player campaign that manages, after delivering a striking and unexpected opening, to toy with your expectations throughout.

Unafraid of employing some classic dramatic techniques, the oversized penitentiary is introduced by (almost literally) pulling up the stage curtain in a stunning vignette. Arkham City is a state-sanctioned prison, run by little-known villain Hugo Strange, which incarcerates political refugee and thug alike. Built on the decaying foundations of an unwanted chunk of Gotham city, it’s a boxed-in no man’s land peppered with a good chunk of Batman’s most notable foes – including Two-Face, the Riddler and the Joker, the latter’s psychotic coos and giggles still voiced pitch-perfectly by Mark Hamill.

It’s a joy in motion. The major change is one of scale, and while the city’s scope is tiny compared to some of its contemporaries it manages to remain a lean and taut adventure throughout. Traversal is divine, requiring you to mix gliding and grappling while weaving across the air for extra momentum – though you do look a teeny-tiny bit like you’re hang gliding while smashed. The potential for physics-defying movements is quickly established, but it’s not for a couple of hours of practice that the extent of your airborne freedom is actually realised.

The outside world is essentially a hub, linking together eight major areas which act as stages for much of the game’s main action. These funnel you into orchestrated set-pieces and confrontations, familiar to anyone that played the original game, and allow for the game’s predatory playgrounds and large-scale fisticuff arenas in the innards of detailed factories, subway stations, and even the sinking remains of the Gotham City police department.

For Bat-fans – the kind of people that simply can’t walk past a Crime Alley street sign without checking it out – the campaign peaks with the opening credits and doesn’t dip until the end. Those who don’t know their Detective Comics from their Gotham Knights might find it takes them a little longer to get into the groove; the opening hour is essentially fanservice, but there’s plenty of reading material in the game if you need to brush up on your Penguin.

But seasoned fans and newcomers alike will be quickly hoodwinked into a mystery worthy of their attention, and Rocksteady delivers a competent tale that fits the titular character, and it’s one with a delightful twist at the denouement that I didn’t see coming. There’s a far more successful mix of combat and context in the latter third than in Arkham Asylum’s dour finale, the sophomore entry maintaining the breathtaking thrill of its introduction with a narrative climax that is both astounding and thematically fitting.

It’s also a joy to see that Batman’s detective skills haven’t been forgotten, and the campaign manages to work these interactive investigations into the mix with a calm ease, and without devolving into a cycle of following various trails for exposition. These sequences are hardly taxing, but events like calculating the trajectory of bullets and isolating radio signals helps embellish the giddying Bat-feelings.

Rocksteady also fleshes out its environment – and gives you something to actually do in its gorgeous open world – by adding twelve optional quests, many of which revolve around villains that I’m contractually forbidden to mention. There are four optional missions to play as Catwoman, provided you buy the game new, but the vast majority of your post-game wanderings will be spent ferreting out the 440 Riddler challenges (I’m sitting at just over 200 at time of writing), bagged by solving posed conundrums and wrenching collectible trophies from dozens of devilish environmental puzzles.

It’s a testament to the extent of Rocksteady’s meticulous craft that even the game’s optional collectible gathering leads to additional and engaging content. Now a credible villain instead of a chastising voice at the end of a phone line, hoovering up the various trinkets allows you to rescue hostages from the Riddler’s sadistic death traps.

Arkham City also excels if you lop off the context and characters and judge it purely as a game. Rocksteady’s balanced mix of generous input windows and gorgeous, silky animations still makes for a refreshing change from the button mashing habits of its contemporaries. The simplicity of the controls only embellishes the gratifying crunch of enemy bones, and the challenge comes from maintaining a steady rhythm of unbroken attacks – the tense satisfaction of watching your combo meter tick slowly upwards is virtually unmatched.

Incoming attacks are indicated by flashing icons, which can be countered with a single button, and now several attacks can be deflected with multiple presses; watching Batman catch the arm of one attacker and throw him into another is a timeless gaming moment. As the enemies become more robust, you’ll also have to dodge knives, bounce over shields, and knock out armoured foes with devastating flurries of strikes.

Stumbling onto enemies with guns triggers a change of tact, requiring Batman to stick to the shadows in order remain imperforated. Here the focus is on positioning into one-hit takedowns, dropping down and popping up from scattered vantage points to thin out the ranks before launching a satisfying gliding kick into the last man standing. Patience is your main virtue, but downtime between knockouts is minimal.

Batman’s gadgetry has been tweaked and rounded, the game handing out new toys and smoothing the rough edges off the existing arsenal to ensure each piece of gear has its own defined purpose. The easy-to-exploit Ultra Batclaw is gone, and you can’t chuck a handful of Batarangs anymore, but the neutered remains are complemented with ice grenades and a powerful electric cannon.

Nowhere is there more of a testament to the quality of these raw mechanics than in Arkham City’s returning suite of challenge rooms. Here the game is stripped to either combat or stealth, with 12 scenarios for each, and players are left to hit increasingly demanding sets of targets. Strict and unrelenting, it’s an utterly compelling addition that Rocksteady is confident enough to use as the basis for premium post-launch content.

It doesn’t take the world’s greatest detective to spot that this is an expertly crafted adventure, one that maintains a breathtaking pace and invigorating rhythm from beginning to end. Dizzyingly extensive and lovingly detailed, Rocksteady has created an intricate, spirited and unequalled playground worthy of one of the most iconic characters in modern fiction.

It doesn't take the world's greatest detective to spot that this is an expertly crafted adventure, one that maintains a breathtaking pace and invigorating rhythm from beginning to end.
10 Combat Batman! Stealth Batman!!