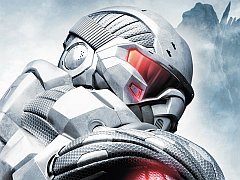 Back in 2007, Crysis felt like a game from the future. Running on a top-spec rig, no other game could compete. Hell, very few PCs could even run it at anything above medium settings, and even today the game is still being modded and tweaked to look more impressive. At the time, it’s safe to say that a console version of Crysis didn’t look likely. Then the CryEngine 3 was developed with consoles in mind, Crysis 2 was released to critical acclaim, and we now have the original game running on that new engine.

This is the same game we got what seems like eons ago, sans one level no one really liked in the first place and a multiplayer mode no one would play. The missing content might be seen as a bad thing by some, but this is a downloadable title that costs less than £20, delivering a campaign that’s easily good enough to stand as a full retail release. The excluded level, Ascension, saw you flying a VTOL around the jungle, and proved to be a sore point for many players of the original PC release. It’s safe to say it’s not missed here.

Crysis sees you step into the shoes of an elite soldier in the year 2020. The members of Delta Squad are seen as special enough to wear a new high tech nano suit, and this allows you to become a superhero of sorts. Depending on the situation you can gain extra armour, more strength, increased speed or a Predator-like cloak. It’s all very futuristic, and the perfect tool to give you the upper hand on the North Koreans who serve as your enemies in the first half of the game. The latter are holding some archaeologists hostage on the beautiful island you’ve been sent to investigate.

While you’re given primary and secondary objectives, how you go about getting to each location and completing each task is up to you, and will likely depend on your play style. The way the game lets you tackle each scenario differently is the key to its success.

If you’re a cautious player you can go down the stealth route, moving through the undergrowth and using your cloak to get up close and personal before dispatching enemies one at a time. Unluckily for you, the nano suits aren’t perfect. Firing a weapon will de-cloak you, putting you into a rather sticky situation if you don’t take out the enemies quickly. It also drains quicker if you’re moving fast. So crawl along the floor and you can stay cloaked for ages; run, and you’ve got a few seconds, max.

Alternatively you could go all Arnie (pre-government) and tackle your objectives head-on, running and gunning into battle. Switch to maximum armour and you can take more hits, but this option really isn’t advised unless you’re able to headshot enemies without breaking a sweat. Given that the later Korean soldiers in the game wear strong armour, you’ll be restarting from the last checkpoint rather frequently if you’re unable to snuff them out quickly.

Your weapons can be modded while out in the field, so as long as you’ve got the gear you can effectively act as a one man army. Sniping from distance is always a good way to dispatch patrolling guards, before donning the cloak and walking slowly into the base. From here you can take your time, taking out soldiers, moving from cover to cover. As long as you don’t get too close or let them see you, you can take on large armies without too much bother. You’ve got to be careful though, as one slip up will mean death or a hasty retreat – most likely using your suit’s speedy powers.

One of the changes made to the game during its transition to consoles is the way your various abilities are mapped to buttons on the controller. Instead of the ability wheel of the original PC release, here you simply press a button. If you’re coming to this port having played the game on PC the new system will feel odd, but players of Crysis 2 on console will already know the setup.

Vehicles play a big part in the game too, with plenty of jeeps and tanks coming under your control during the course of the eight-hour campaign. Jeeps tend not to last long when the enemy forces spot you, but it’s all good explosive fun – especially when you’re the one doing the shooting, with the gas tanks on the jeeps being highly flammable. Most of the time vehicle usage is optional, so if you really want to move through a level on foot, you can.

If you’ve read anything about Crysis you might be expecting a full on alien assault from the get-go, but you don’t actually face off against the squid-like creatures until halfway through the campaign. The new foes make for a change from killing North Koreans, but the game loses its sandbox feel, with levels becoming far more linear. It’s still action-packed and incredibly good-looking, but the latter third of the game is certainly more about spectacle than considered gameplay.

While Crysis is getting on in years now, on PS3 and Xbox 360 it still looks extremely impressive. This console version benefits from improved lighting not seen in the original release that gives the environments a more natural look, but sadly the framerate never quite feels smooth enough. Again, if you’ve played Crysis 2 on consoles you’ll know what to expect, and overall Crytek has done a decent job with the port.

There are a few blemishes here and there – the fire from barrels looks a little ugly and the windshield effect when in vehicles is plain terrible – but most people will be extremely impressed with the game’s appearance. Another plus for this edition is an apparent boost in meatiness to the weapon and grenade sounds, making the combat feel a little more explosive than on PC.

While the latter portion of Crysis isn’t as good as what precedes it, the game as a whole still ranks as one of the best FSP campaigns of the modern gaming era. The console port is excellent, so if you’ve never had a PC up to the job now’s your chance to see what all the fuss was about.

The console port of Crysis is excellent, so if you've never had a PC up to the job now's your chance to see what all the fuss was about.
9 Looks great Open environments make for great gameplay Controls tweaked for console play Framerate isn't quite smooth

New IP from the developer of Far Cry.

New IP from the developer of Far Cry.