The Legend of Zelda: Link’s Awakening might be one of the best remakes ever 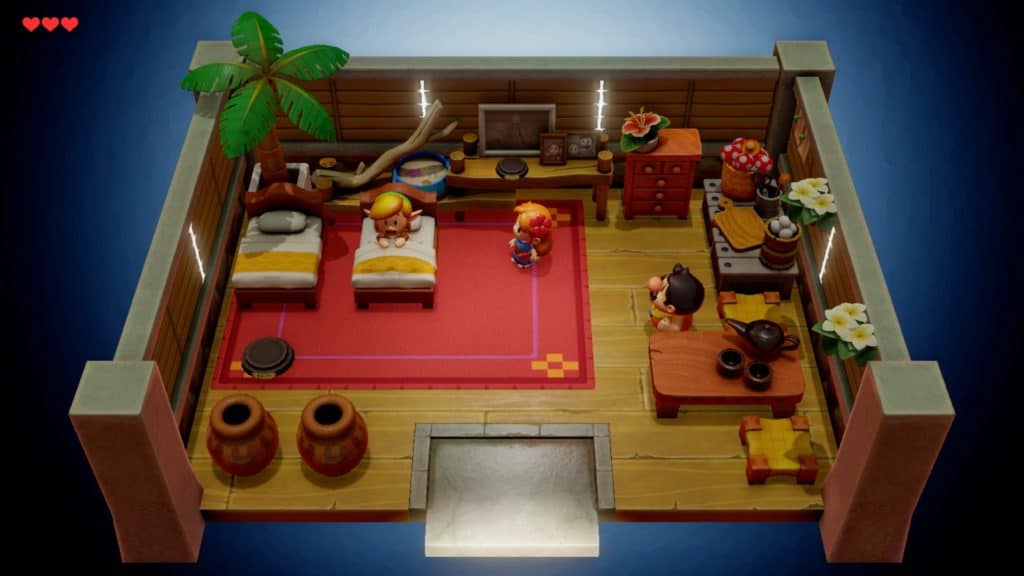 The Legend of Zelda: Breath of the Wild set a new bar of excellence for the storied franchise. However, with that success came a dilemma: how could Nintendo follow it? How could Nintendo keep that momentum going for its next Zelda adventure? Nintendo’s strategy, it turned out, was to tap up Grezzo (the developer that ported previous Zelda titles like Ocarina of Time and Majora's Mask to the 3DS) to remake Game Boy classic Link’s Awakening. After getting my hands on it at E3 2019, I can say that was a wise move; Link’s Awakening is shaping up to be one of the best remakes ever made.

My 15 minute demo began at the start of the game, and was just pure nostalgia: Link jumped out of bed, spoke to Marin, got the shield from Tarin, and went to the beach to get his sword. It all came back to me. The pace is the same, the enemies are the same (even the ones borrowed from other Nintendo franchises), everything is carefully recreated.

After retrieving the sword I was visited by the Owl, who directed me to the forest to retrieve the key for the first dungeon. The road was lined with familiar enemies like Moblins and Octoroks, and the mischievous raccoon in the forest, once again, threw a spanner in the works by changing the path ahead of us. I made my way to the mushroom item in the forest, then took it to the witch for magic powder, which I then sprinkled on the raccoon to reveal Tarin, and finally I'd found the key to the dungeon.

It all sounds so familiar, doesn’t it? I imagine the Zelda faithful reading this can close their eyes and easily recall playing this sequence. What was so remarkable about The Legend of Zelda: Link's Awakening demo was how it captures the essence of the original. Every sword swing, every item pickup, every enemy defeated evokes the same feelings now that they did back then. The updated visuals make it look like a new game, but holding the controller and actually playing it feels exactly how it did on that small portable device. And that’s exactly how it should be. 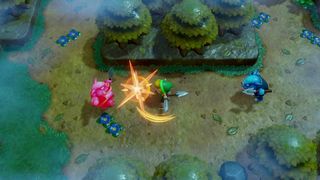 Speaking of that new visual style, Grezzo has absolutely nailed the aesthetic. Link’s Awakening is more upbeat than other Zelda games; it goes off the rails and explores how to adventure with charm and levity. The diorama-style look matches this mood perfectly, bursting with colour and personality. I had a smile plastered on my face throughout the entire demo. It's absolutely gorgeous.

This being a full recreation of the Game Boy Link’s Awakening, I didn't have to venture into the forest as soon as I picked up the sword. I just chose to. I very easily could have spent my time playing the infamous crane game in Mabe Village. I could have tried to steal an item from the shop, angering the shopkeeper. Heck, I could have found a Cucco walking around and made it our sworn enemy before moving on to the forest. The same freedoms we enjoyed on the Game Boy are faithfully recreated here, and I couldn’t be happier.

The Legend of Zelda: Link’s Awakening tasks Grezzo with bringing a classic Zelda from the small screen of the Game Boy to the big screen(s) of the Nintendo Switch, and so far it's looking good. It may not be Breath of the Wild 2 – that one is a ways away – but the return to Koholint Island in Link’s Awakening seems like it'll definitely satisfy fans that are hungry for more Zelda on Nintendo's handheld hybrid.

The Legend of Zelda: Link’s Awakening is out September 20 on Nintendo Switch. 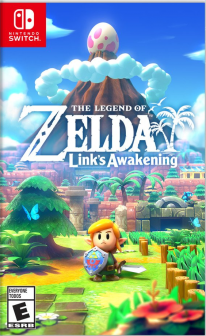