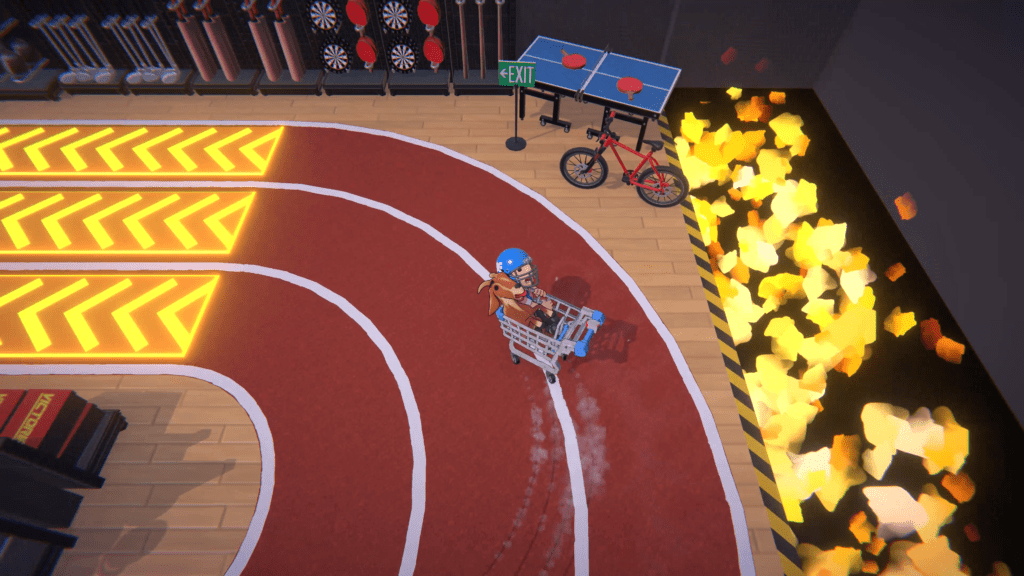 Listen, I enjoy a DNA test revealing that yer man should’ve PUT SOMETHING ON THE END OF IT as much as the next guy. And watching a judge settle a dispute over the final fun size Twix in a household is just as joyous. Daytime telly is nothing. And everything. It’s a weird mish-mash that aims to appeal to stay-at-home parents, retirees, and kids who are 100% on the lang from school feeling a bit poorly.

Few did it better than Supermarket Sweep. You couldn’t help but smile as Cilla Black’s inimitable tangerine-coloured bestie bounced through the fruit & veg, announced the beauty of his contestants on arrival, and then chatted to Leanne about her three failed driving tests. The only thing that could’ve made the show better was a screaming goat. Thank god for the upcoming Supermarket Shriek, then.

Each level sees you hurrying your trolley, from A-to-B, in a store full of swinging blades, springing platforms, and the most devilish of all obstacles for a trolley, carpet. Get to the end of the obstacle course as quickly as you can and you’ll accumulate stars that open up new stages you can dart through. And, yeah, there’s both a man and a goat inside your trolley. I don’t know exactly why, but I’m okay with that. Any reasoning is irrelevant when you discover — like I did when I played the game at a recent preview event — that it’s the power of their wailing that pushes you through. 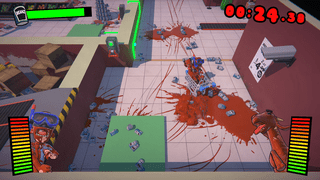 The left trigger controls the sharply dressed lad’s hollering, and spins your trolley left; the right trigger gets his flappy-tongued friend to howl, turning them in the opposite direction; and pressing both triggers at the same time gets the new best friends to yelp in harmony, propelling the trolley forward. Now, I’m of the opinion that the tank control scheme need never return; it made movement stiff, and shit, and any reminiscing you do in 2019 is heavily clouded by nostalgia. But… here, it works. Supermarket Shriek’s cumbersome controls bring the irritation of a Big Shop home. In a good way.

This isn’t about replicating your leisurely trips to the empty cornershop at half seven in the evening. This is supposed to place you in your nearby Tesco during peak hours, with Lilt-fuelled children firing bags of frozen sweetcorn off the walls, and determined mothers getting elbow-y round the depleting yellow sticker section. Yes, directing the trolley is a bit awkward, but it’s never unreasonable. If it wasn’t a tad fiddly, then there wouldn’t be much of a challenge. During my brief time with the game, I only ever got frustrated at my own incompetence rather than the obstacles the environment threw at me. You only ever have to worry about two buttons, so if a mistake has been made, it’s likely yours to own.

The simplicity is inviting for those bogged down by convoluted control schemes, as well as the many turned off by the amount of buttons on your average controller. Supermarket Shriek is excellent at communicating what you have to do and how you have to do it, making it accessible to a larger audience. And if two buttons is too much for you, co-op makes it even simpler. While in control of the one trolley, you can play as the screaming man, and your buddy can play as the screaming goat. Obviously enough, there’ll be mishaps if you don’t coordinate, but hey, that’s half the fun! Try smiling, you grumpy bastard. Or screaming. That works too. 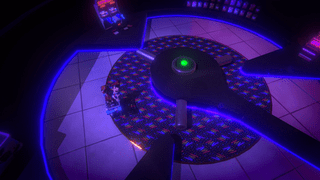 In what can only be described as the most inspired bullshit in any video game ever, hooking two microphones up to your console allows you and your pal to control the trolley by actually screaming. I didn’t get to test this out, and I can only imagine the bleed would see the goat holler when you don’t want them to, but Jesus, I love this. It’s clearly not the optimum way to play, but… actually, maybe it is. Fuck it, from here on out, all games should give you the option to scream your way through them. I’d definitely play Sekiro, then.

Supermarket Sweep was glorious, wholesome television, but there was one thing that always bothered me about it: the blasé attitude teams brought with them into the penultimate round where the goal was to have a trolley full of shopping that was more expensive than the other teams’ after a set time. Rather than race up and down the aisles of the makeshift Morrison’s, they’d potter about, picking up tin after tin of baked beans before choosing the one they liked. WHAT ARE YOU DOING? Yes, seek out the inflatable bonuses, and the items on Dale’s shopping list – that goes without saying – but why wouldn’t you just overload your trolley with anything that’s within arm’s reach?

What was I saying?

Oh yeah… Supermarket Shriek looks like it’ll be a lot of fun.

Supermarket Shriek is scheduled to launch in 2019 on Xbox One, PlayStation 4, and Switch 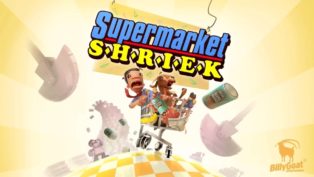