Resident Evil 2 is a reimagining of a classic 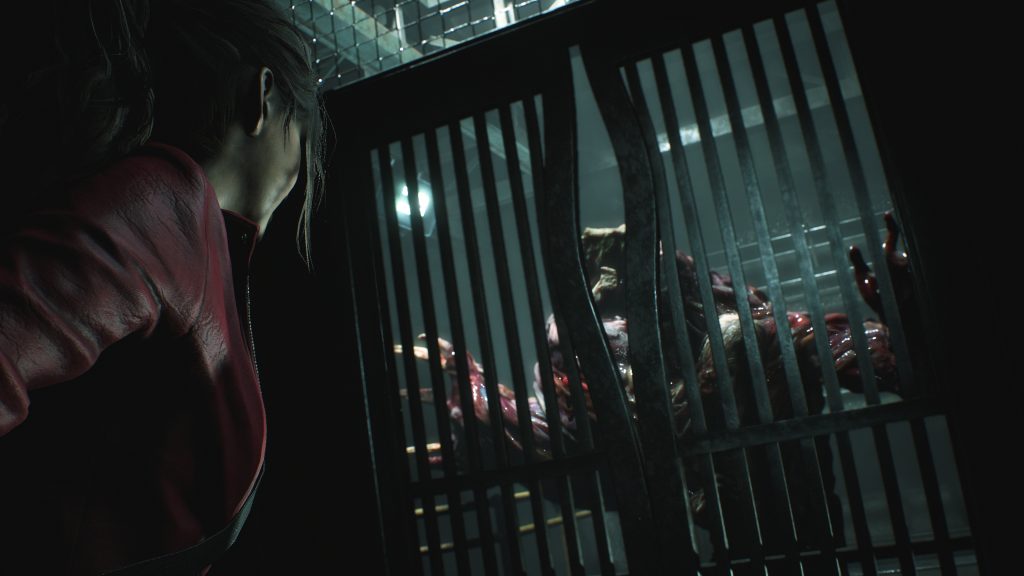 Updated on December 4, 2018 by Mike Harradence

Mr. X wears a stetson in Resident Evil 2 remake. In some ways, that perfectly encapsulates what Capcom is trying to achieve with its revamp of the seminal survival horror classic. Everything about the game is steeped in nostalgia, but there’s an underlying sense of freshness about the whole affair – it’s utterly brilliant at subverting your expectations, and does it in a way that feels organic and not at all superfluous. And to be fair to Mr. X, his sartorial choice really works.

A recent hands-on with both Leon and Claire’s scenarios offers me a look at some never-before-seen areas, rendering my 20-year knowledge of the original game pretty much moot. Most of my time with the wet-eared cop is spent in Raccoon City’s sewer system: a filthy slog through labyrinthine tunnels, lit by sporadic lamps and the piercing beam of his flashlight. It’s totally unrecognisable from the original’s comparatively clean walkways and mucky waist-high waters. And yes, the giant ‘gator is back.

This sequence is preceded by a trip to the local gun shop, where Leon is accompanied by Ada Wong, the sultry spy, now decked out in noir-style clobber and perpetual sunglasses. It’s interesting, simply because you go there in the original barely minutes into the game; here, it doesn't arrive until after you've explored the Raccoon City Police Department and made your way back into the streets. It’s clear that Capcom isn’t sticking to the template in this prettier Resi 2, and that’s perfectly fine with me. 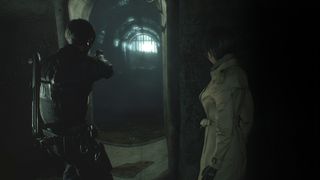 At one stage, we take control of Ada, now running about in her iconic red dress. Only, where it was once a quick jaunt through a couple of tunnels, Ada must now navigate twisting corridors and ear-shattering power rooms, solving various conundrums along the way using a new overdrive tool. She even brushes shoulders with a certain inexorable, trenchcoat-wearing Tyrant, instilling a new sense of desperation to the proceedings as you must circumvent the towering bio-weapon while frantically solving puzzles. It’s definitely a refreshing take on what was originally a perfunctory character-swapping segment.

It wouldn't be a Resi game without the ability to spill some claret, and from what I saw, Leon gets his hands on some pretty meaty weapons, including the ability to upgrade his Shotgun. The original model is powerful enough in close proximity encounters, but this beast is will splatter brains all over the shop in a gratifying detail. Even the Magnum is back, and seems to be best reserved for powerful foes – as I found out in one particular encounter that shall not be named.

Claire’s portion was more combat-centric, flexing the muscles of the newly-installed over-the-shoulder perspective and affording more exploration. The RPD returns in all its grandiose glory, having not shaken its origins as a converted museum. Its defining characteristics remain very much in tact: an amalgamation of contemporary decor and technological necessities, punctuated by Chief Irons’ curious collection of artwork and statues. Its ice-cold halls, narrow corridors, and ransacked desks benefit from the added technical grunt of the proprietary RE Engine, with bloodied corridors, moody lighting, and dismembered corpses offering silent confirmation of the horrors witnessed at the station mere days before your arrival. It’s remarkably chilling stuff, and all the more convincing than it was 20 years ago – the sense of despair is palpable. 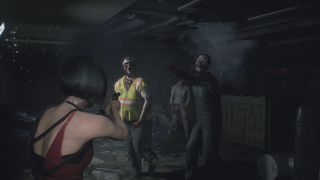 Familiar rooms have been totally overhauled, while new areas, and even floors, expand the already-sprawling cop shop beyond its initial concept. And yes, the RPD now has bathrooms. There’s also a linen room, armoury, and the Chief’s office has been relocated to a newly-expanded third floor. Expect ample backtracking and exploring as the game boots you from one side of the building to the other, hoovering up key items to access new areas. Oh, and the S.T.A.R.S. office is a thing of beauty – total nostalgia city, folks, right down to Chris’ jacket and the portrait of the ill-fated Alpha and Bravo teams.

Resi 2 is also one tough bugger. Zombies soak up half-a-dozen bullets to the face before crumpling to the floor in a bloody heap, their bodies reduced to a pulpy mass of glistening muscle and wet gore. Lickers meanwhile are vicious gits, their claws deadly and their movement swift; even a direct hit from a grenade launcher isn’t enough to dispatch them outright. As for Mr. X, a couple of meaty punches and you’re brown bread. Every encounter manages to feel like it could be your last. Fortunately, weapon handling is fluid, responsive, and the satisfying punch of your guns combined with the bloody real-time damage makes this easily the most gruesome Resi to date.

Being a bit of an old fart, it was a relief to confirm that Resi 2 feels like a survival horror game. The OTS perspective offers a more dynamic combat system, yes, but scarce ammo and overwhelming foes ensures this ain’t no Resi 4-style blastathon. It seems Capcom’s trying to bring the puzzles a bit more down to earth, but pleasingly, some of Resi’s more idiosyncratic designs remain on show, flexing their muscles on stage like a well-oiled bodybuilder. And that’s just bloody great.

My session ended with a glimpse at a new playable segment as Sherry Birkin, daughter of G-Virus creator William, in an orphanage – another area completely new to the remake. At this point, I’m positively salivating like a lumbering corpse hungry for the red stuff at what Capcom has in store for the rest of the game.

Welcome back to the World of Survival Horror, indeed.