Mortal Kombat 11 is familiar, and that’s not a bad thing 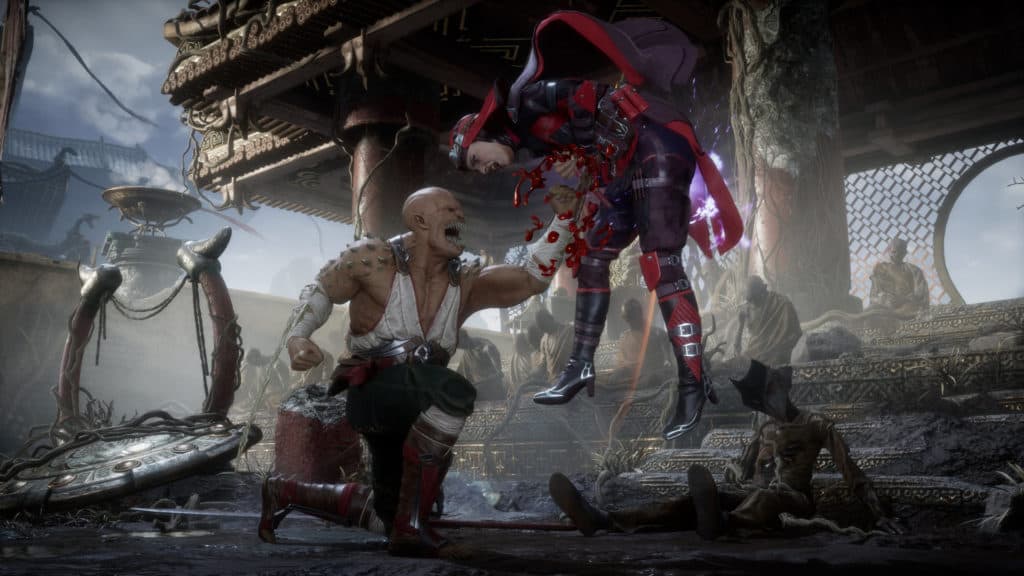 Let’s be honest: Mortal Kombat wasn’t traditionally one of the strongest fighters back in the day, at least mechanically speaking. It’s penchant for spilling bucket loads of claret and ripping organs from broken bodies helped differentiate it from the more polished fisticuffs of Street Fighter. A bloodied shroud that concealed the fact its core scrapping was just a bit underdeveloped. Not so anymore, though. With Mortal Kombat 11, NetherRealm has continued to evolve its flagship brawler since the stellar 2011 reboot, proving that MK can go toe-to-toe with some of the more technical fighters out there. And it does this while letting you rip a man’s face off, skewer his brain, and then eating it. Nice.

Mortal Kombat 11’s playable build at London’s lavish reveal event was pretty barebones – the only mode unlocked on the night was versus. I was able to play as any of the seven characters revealed so far: Scorpion, Sub-Zero, Sonya Blade (voiced by WWE’s Ronda Rousey), Skarlet, Geras, Raiden, and brain-eating Baraka. I could plump for only three stages, although they’re pretty diverse in terms of layout, and certainly aesthetically pleasing. Being a Scorp main, I dive right in as the spear-lobbing yellow ninja, and get into a ruck with a CPU-controlled Sub-Zero. 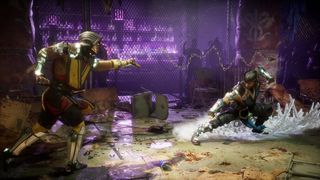 Right off the bat, it’s clear that if you’ve played any of the recent MK games, you’ll find comfort here. Slipping on Scorpion’s boots is like putting on a pair of comfy slippers. He’s got all his old tricks, plus some new ones, too. MK11 is a far more brutal, bloody fighter than its predecessors. X-Ray attacks are back (known as Fatal Attacks), and they’re even more bat shit insane than before. Scorpion’s sees him shove his spear through his opponent’s face at least twice, ending the round. Sub-Zero then gets up, shrugging off the fatal attack like he got lamped round the head in a pub brawl. It’s totally ridiculous, but overwhelmingly satisfying to pull off. I’ve missed you, Mortal Kombat.

Bread-and-butter pummelling connects with a meaty crack, blood spilling and bones shattering as you weave combos together, juggling your adversary from one side of the stage to the other. The cinematic flare is still glorious. At one point, I clocked Sub-Zero with a regular uppercut, only for the action to zoom in, slow down, and give a grisly view of Subby’s jaw bone cracking under Scorpion’s powerful blow. It punctuates the standard flurry of fists and feet nicely, and is honestly just cool to watch. There also seems to be a slightly greater focus on air combo-ing.

Stringing together attacks for maximum air time feels easier than it did before, even if it’s just a couple of hits or a more lengthy, complex combo. There’s a weighty feedback to the whole thing too, as it feels like you are smacking about a couple hundred pounds worth of flesh and bones rather than a fluffy pillow. I ended the match attempting a Fatality, but cocked it up spectacularly – Sub-Zero simply fell over, and I felt like a bit of a tit. Some things never change, then. 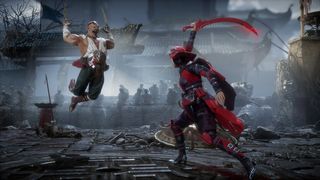 New wrinkles also began pop up during play, although it was pretty much down to luck more than skill on my part. Blocking attacks at just the right time opens up windows to counter (aka Flawless Block), which rewards the defensive, patient kombatant. Defensive and offensive moves now share separate bars too, whereas before stuff like X-Ray and other special abilities would be governed by a universal bar. This is a good move, as it means you’re forced to think a little more tactical than before with two bars to keep an eye on. Speaking of new, let’s talk about Mortal Kombat debutatant Geras for a bit. He’s a muscular chap that’s able to manipulate time, and looks like he’s been mixing dianabol with his cornflakes each morning.

He also uses sand-based attacks, which may not sound all that much on paper, but don’t let that fool you. Geras uses these abilities in a myriad of body-breaking ways, from chucking you onto a sand-made spike pit, to raising you in the air and crushing your rib cage with a massive battering ram from each side. His lumbering appearance belies his nimble fighting style too, as he’s able to quickly dash into you and tackle you into the ground, covering huge distances in the blink of an eye. Oh, and his Fatal Attack is downright evil.

One of the best features from MKX, the ability to switch up playstyles, also makes a return. I fiddled around with a few of these, and they’re pleasingly diverse. For example, one of Scorpion’s styles has him channelling his undead hellfire, trading his regular moves out for more unconventional stuff like burning his foes with a quick puff of his fiery breath. Indeed, it’s clear that NetherRealm wants its audience to play how they want to, and look how they want, offering a more personalised experience that some fighters still fail to tap into. I wasn’t able to tinker with this during my time with the game, but the reveal livestream made it clear that MK11 is doffing its cap to Injustice 2 in this respect, with costumes, weapons, and intros all available to switch up as you see fit. No word on how much of a grind this will entail in regards to obtaining fresh items, but I’m looking forward to seeing how it will play out. 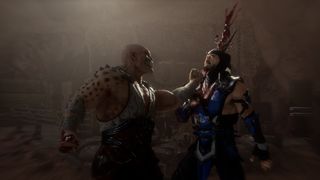 After electrocuting Sonya with Raiden so all her limbs fell off in glorious fashion, I was quietly informed that my time with MK11 had wrapped. Yes, it’s familiar (and that’s not necessarily a bad thing), but it’s clear from my brief hands-on that NetherRealm is attempting to dig a little deeper into the fundamentals of the series’ core combat, and that can only mean we’re surely onto a winner come launch.

Stuff like online play and additional single-player offerings have yet to be revealed, but if Injustice 2 is anything to go by, there’s no reason why MK11 shouldn’t match its superhero stablemate.

Mortal Kombat 11 is due out on PlayStation 4, PC, Nintendo Switch, and Xbox One on April 23.