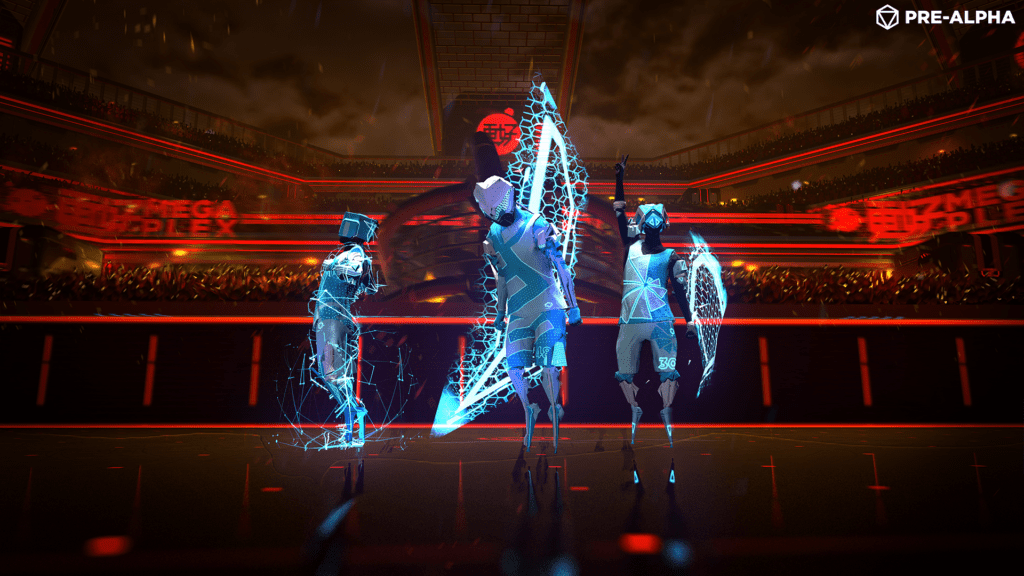 I have twice now attempted to explain what Laser League is, with the result being sort of flailing and going ‘You have to hit the other people with your colour but you can’t touch their colour. With the lasers. Laser walls. Tron!’, at which point I just make them watch the trailer instead, which gives you a much better idea.

The premise — and it doesn’t really need one — is that decades from now the most popular sport is the aforesaid Laser League, where teams of up to four battle in futuristic arenas to be the last ones standing in a best-of-three match. You can get taken out by another player, or by the moving laser walls. It’s usually the latter, so a key part of the game is capturing the nodes producing them as they spawn in, to make the lasers your lasers. You can walk through ones that are your colour, but baddy colours will take you out.

There are different game modes over different stadiums, and you, as a player, can pick different classes for your avatar, each with a different recharging ability: one shocks opposing team members, stunning them in place all the better to be obliterated by an oncoming laser; another cuts enemies down with a blade; another bashes them across the arena with a shield, and so on. The thief, which was described to me as ‘currently OP’, has no offensive or defensive capabilities, but emits a field that changes enemy laser nodes to friendly ones. The two-player team I was on used ‘double thief’ a lot, which was a risky strategy that didn’t entirely pay off.

Laser League is fast, so fast as to be unbelievable, and everything gets faster the longer a match goes on. More and more lasers appear until the screen is a wash of clashing neon and you’re just trying to survive, let alone destroy your enemies. It’s the perfect couch co-op game, because you can control it with one hand (all you need is an analogue stick to run around and a trigger to activate your ability) which means you can play and get tanked at the same time, yelling ‘Oooh that was a great blade!’ like people watching a really aggressive football match in a pub.

It looks like one of those games that’s a pure expression of play, like Rocket League, in a time when even FIFA has a narrative. Don’t get me wrong, I love narrative. But sometimes you need something else. It’s why at Christmas some of my old school friends and I, at the one time of year we’re forced to return to our abysmal hometown, have a LAN party and sit around playing Gang Beasts in an unheated cinder block annex, with an old washing machine in the corner, and have the best time ever. Everyone sees the competetive potential in Laser League, but that’s not what I saw. Even if it doesn’t break into esports in a big way, it scratches that itch. That ‘Yeah we’ll do one more. Just one more.’ And the next, and the next.

When I played, I was asked if I had time for another match. ‘Of course I do,’ I thought. ‘We’ve only been playing, what, 20 minutes?’ Reader, it had been an hour.

Laser League is planned for early access later this year, and full release in 2018 for PS4, PC and Xbox One. We’ve asked if colour blind options are planned for Laser League and will update you on this when we have more info. 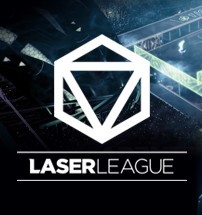