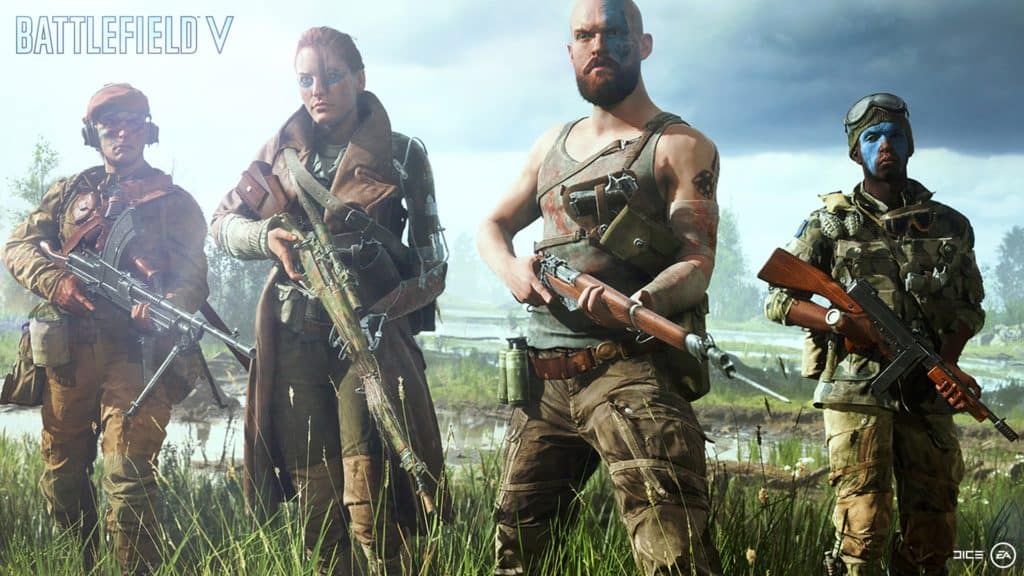 The Battlefield V demo I played did something wonderful, even if it was likely unintentional: it removed the ability to customise characters. What this meant was I was surrounded by 63 other people who had to play as who they were assigned, and a lot of them had to be women.

Now by no means do I think many of the fine, upstanding citizens present were terrible swine who would engage in the ridiculous awfulness following Battlefield V’s announcement and temerity to put a woman on its cover. I’m not saying that. But by the law of averages, and the fact these terrible people do exist, I’d say at least someone’s day was ruined because they had to play as a woman.

My character, Ms. Schadenfreude, was indeed one of these ladies of war and she took me through the steps to having a damn good barney in 1940s Norway. Step one, jump out of a plane. Step two, get sniped by some coward playing as a sniper. Step three, respawn and re-jump. Step four, be bewildered at how nice Battlefield V looks. Step five, stop doing this step nonsense. A taste of BFV’s Grand Operations – the multi-levelled mode for up to 64 players with objectives changing as the days progress, and the actions of each time (successful or otherwise) directly impacting the situation for the following day.

Your example here being what we played: two of the three days of a particular Operation. The first day saw the aforementioned plane jumps from the Allies, while the Nazi forces were embedded on the ground below. History’s Good Guys (just don’t read up on Allied war crimes in the Second World War) were tasked with destroying as many of the four anti aircraft emplacements on the map as possible, while Nature’s Baddies had to defend.

The more AA emplacements are destroyed, the fewer Allied planes are shot down between days one and two, and so the more reinforcements are available for the Goodies* on the second day. Thus, success breeds an easier time of it in the next round, and a tougher time of it for the Axis side. Of course, if the Nazis defend their emplacements well enough, they then have to take on fewer soldiers in the next day’s combat. That’s simple, and good. It’s good-simple. I like that.

All of this is wrapped around the actual game part, of course, and it’s there we meet yet another Battlefield game. DICE, the series’ developer, has been at this since 2002 and it shows. There’s an underlying confidence to all of the systems present, and a smoothness to the action that just makes it easy to get into, even if it will be overwhelming for newer players.

This overwhelm…ocity… doesn’t just come from being thrown into a field of battle with other players who have guns they can straight up murderise you with. It also comes from just how good Battlefield V looks – there’s snow whipping around, distracting you, cabins and fences and other such signs of life looking lived in and comforting; a reminder of a safe home (at least until they get blown up), those northern lights covering everything in an eerie glow, at this time of year, at this time of day, in this part of the country, localised entirely within the map you’re playing on.

You’d expect the game to look better than ever, of course, but it is still impactful when you stop and smell the snowfall. But this is a war, so there’s warring to go and get on with – and shock of all shocks, it’s DICE nailing it because 16 years making these games does mean something.

You move around as if a ballet dancer OF WAR, skipping through the combat area, vaulting into cover, and scrambling up hills as if your life depends on it. Because it does. And when the shooting starts – well, I don’t care for DICE’s educational videos about bullet physics and the science behind spray. I do care for the fact it shoots well and handles brilliantly, so your state sanctioned murder sprees can be carried off without hindrance. Well, without the game itself hindering you, at least – other players can and will stop that particular brand of fun. 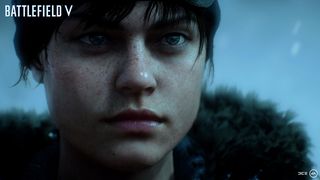 Be they enemies, always able to pick you off from 500 metres literally in the middle of a blizzard, or be they teammates, getting in the way and not answering your calls for healing as you’re once again picked off by Daisy Deadeye, there’s that player aspect to contend with. But DICE has a plan – at least for that second part: make you play in a squad.

I don’t see a huge difference from Battlefields past in this aspect, aside from the fact you’re placed into a squad automatically (you can opt out), and that squadmates can all bring each other back from near death without having to play as the medic class. But they’re the kinds of small changes that will resonate with players and, given time, we might actually end up with a Battlefield game where lone wolfing is in the minority. I doubt it, but we might.

Battlefield has always been a good series – yes, even Battlefield 2142 – so it’s of little surprise this taster of things to come was so enjoyable. I’m yet to be convinced in my own mind just how well handled the single-player elements will be, seeing as there hasn’t been a good single-player aspect to Battlefield ever, at least not from DICE (Hardline for life, yo). But I’m hopeful.

The addition of Royale mode, so named because… battle… royale (did I have to write that out? I don’t know) could prove to be superb purely because Battlefield has some incredibly tight mechanics, and that is sure to be fun in massive battle situations.

I can’t see DICE messing it up, and while obviously reticent to offer any definitive opinions on Battlefield V at such an early stage, I’ll do it anyway and say it’s definitely not going to be a bad game. Not bad at all. Ms. Schadenfreude’s not happy with that, mind.

*Bill Oddie was not in WWII**

**Do you know who Bill Oddie is?