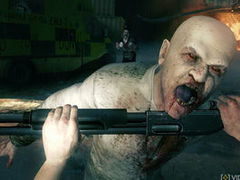 Zombi is getting a physical retail release on PS4, Xbox One & PC next year

The PS4, Xbox One and PC versions of Zombi are to get a physical retail release early next year, Ubisoft has announced.

Available from January 21, 2016, the physical version includes a boxed copy of Ubisoft Montpellier’s critically-acclaimed survival horror, which launched digitally on all three platforms earlier this summer.

A price for the physical version has yet to be announced, but expect it to be priced similarly to the £14.99 digital versions.

Zombi originally launched on Wii U under the title Zombi U and was praised for its bleak atmosphere and intense gameplay, which sees players attempting to survive a zombie-infested London.

For our review of the PS4 version, head through here.