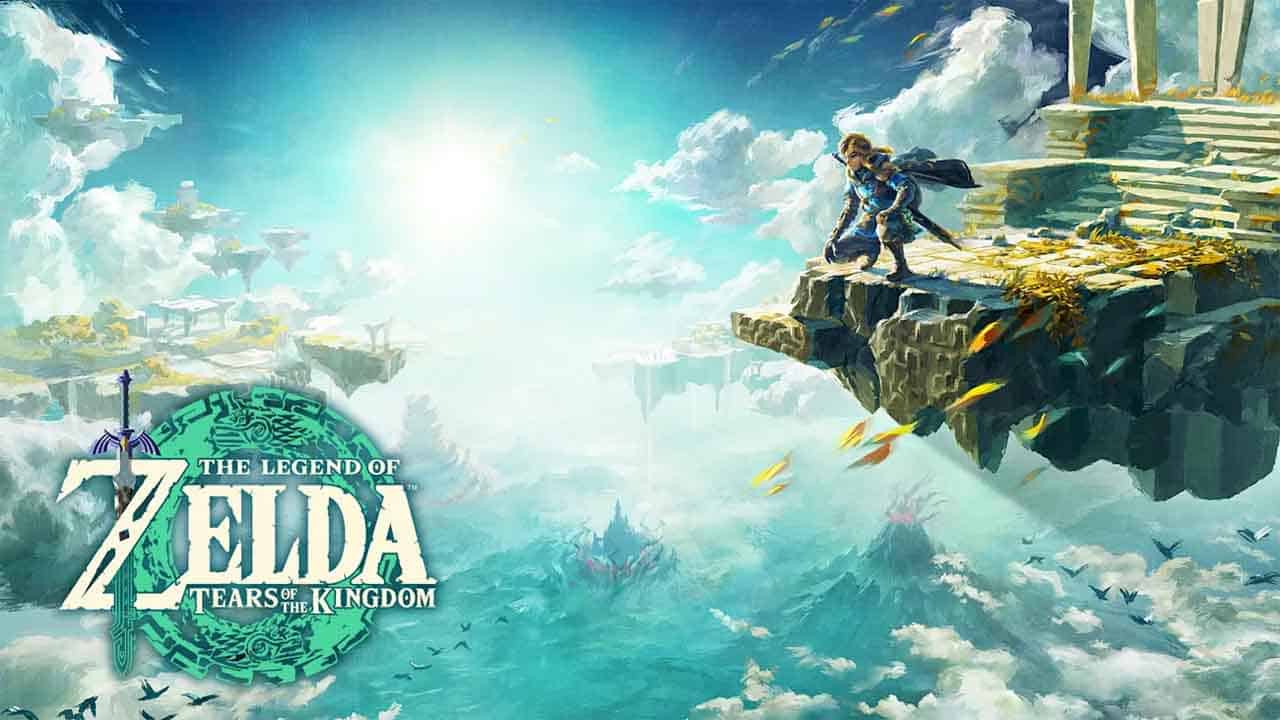 The announcement came at the end of the September 2022 Nintendo Direct, finally giving fans an idea of when we can next expect the next epic Zelda adventure.

Zelda Tears of the Kingdom – release date and new trailer

Nintendo will release The Legend of Zelda: Tears of the Kingdom exclusively for the Nintendo Switch on May 12, 2023.

A trailer also gave us a brief glimpse of what to expect in the new game. Though short, it looks like verticality will play a big part in the follow-up, and there’s more cloud jumping as we’ve seen before.

You can check out the trailer for yourself down below.

Zelda: Tears of the Kingdom – rumours and more

The game formerly known as Zelda Breath of the Wild 2 has been teased in some form since E3 2019’s Nintendo Direct. It kept things very mysterious, but confirming to fans the sequel was in development.

Since then, Nintendo went dark about the game until E3 2021. Then, we got our first gameplay trailer, which revealed the title would take inspiration from 2011’s The Legend of Zelda Skyward Sword on the Wii. To that end, we saw Link soaring high above the clouds above Hyrule, skydiving below. At the time, Nintendo also gave the sequel a release window of 2022.

(It was almost certainly no coincidence that Nintendo would release a new HD version of Skyward Sword on the Switch a few months later.)

However, things went a little quiet once more until March of 2022. There, series producer Eiji Aonuma revealed the game wouldn’t make it out this year after all.

NOW READ: Here’s what we want to see in the next Zelda game

Until then, the game’s voice actors may have let slip a few details about the plot of The Legend of Zelda: Tears of the Kingdom. You can read about those – but beware potential spoilers – just over here.

What would we like to see in the next Zelda?

The last game was a masterpiece, so any sequel will have its work cut out to better it. That being said, there are still a few areas we’d like to see improved or tweaked.

We’ve done a detailed look into seven things we want to see in the new Zelda right here, but below is an abridged version, highlighting the two biggest areas in our view.

It’s a no brainer to assume these will come back for the sequel. The first game had a whopping 120 of them, but in the spirit of going bigger for the follow up, we’d not be opposed to more, at least a nice round 200 sounds good.

Weapon degradation was a key feature of Breath of the Wild – which basically gave every weapon in the game had a sort of health bar.

I think most people would agree, it could be a little overzealous and left you with a tree branch to your name a little too often.

There’s not too much to change here, but certainly some rebalancing wouldn’t go amiss. And an incredibly obvious-in-hindsight fix: give us the option of repairing our weapons when they’re damaged!

The first Breath of the Wild saw Zelda take more of backseat role. She didn’t see a huge amount of action outside of cutscenes.

In the sequel, we’d love to see more of her – perhaps actually having her as a playable character for the first time in the main series.

She could have a different move set to Link, which would mix things up and add a new dimension to the gameplay.

The trailer made it clear that Link would not just be exploring the land, but the skies above.

The Master Cycle Zero was a badass bike you could use to traverse Hyrule. Acting as a sort of replacement for your horse, Link could even engage in mounted combat while riding it. It was great fun and we’d love to see it return!

We’d love to see something similar but for the air in Tears of the Kingdom.

The Legend of Zelda Encyclopedia
Buy on Amazon
Sale

Game & Watch: The Legend of Zelda
Buy on Amazon

The trailer gave us the first look of the game in action – and we’re very impressed. It looks as though it’s running on the same custom base engine used to power the original game – although it’s certainly been tweaked and improved if the visuals are anything to go by.

As mentioned earlier, there are rumours the trailer footage could be running on something more powerful than a standard Nintendo Switch – although these are just rumours.

In our view, despite what look like volumetric clouds, impressive draw distances and impressive lighting, it’s not beyond realms of possibility that the footage is taken from a standard Nintendo Switch.

Remember, this is a console that successfully runs The Witcher 3 and Doom, two traditionally graphically-intensive games, that look and run brilliantly on the Switch. Having played the latter extensively on both a high-powered PC and on Nintendo’s handheld, Doom was a technical marvel – especially in the indoor sections – demonstrating motion blur and a smooth framerate beyond what many thought the Switch was capable

Zelda: Tears of the Kingdom/BOTW 2 FAQs

Is Breath of the Wild 2 coming?

Yes.  Zelda Breath of the Wild 2 was teased in some form since E3 2019’s Nintendo Direct, where Nintendo confirmed to fans the sequel was in development. However, since September 2022 it is now known as Tears of the Kingdom.

What month is Tears of the Kingdom coming out?

The Legend of Zelda: Tears of the Kingdom will release exclusively for the Nintendo Switch on May 12. 2023.

Will Zelda Tears of the Kingdom have better graphics?

Despite the trailer being more than a year old, we are still very impressed with the game’s visuals, which looked improved on the 2017 game. It’s likely using the same engine, albeit a tweaked version, with – what looked like – volumetric clouds and improved lighting shining in the gameplay trailer.

Will Zelda: Tears of the Kingdom come out in 2022?

No, Nintendo confirmed that while a 2022 release date was one the cards at one stage, the game will release on May 12, 2023.

How much will Zelda: Tears of the Kingdom cost?

Price wise, Zelda: Tears of the Kingdom will likely retail for the same price BOTW was at launch – around the £59.99 /$59.99 mark – although nothing has been confirmed and we need to wait for official pricing.

The Legend of Zelda: Tears of the Kingdom

The Legend of Zelda: Tears of the Kingdom