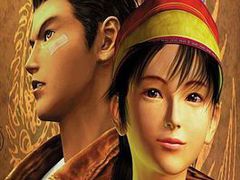 Yu Suzuki, creator of the much-loved but generally unsuccessful Shenmue series, has suggested that he may be able to pry the license away from SEGA.

Suzkuki’s comments, which will no doubt give hope to all those masochists still hoping for Shenmue 3, arose in an interview with French fan site Shenmue Master (cheers, to Eurogamer for the translation).

“Shenmue’s license is an IP that belongs to SEGA,” said Suzuki. “We can obtain the license from SEGA.”

Suzuki also gave a vague hint about a character who might play an important role in a third game in the series, if one should ever materialise.

“This is the person who has trained with Iwao [Hazuki] in the olden days in China,” he said, indicating to a picture of someone standing stood next to Ryo Hazuki’s father. “Then, in the story that will take place after Shenmue II, he will become a key character.”

The developer later explained that he has developed Shenmue’s story until Chapter 11.

“It’s in this sequel that the part of Shenmue I care about most is hidden,” he added.

This week we learned that Japanese mobile phone MMO Shenmue City was shut down after a single year of operation.

If you speak French and like Gallic hipster presenters, you can watch the full interview below:

Suzuki can obtain the license, but that doesn’t mean he will obtain the license. Shenmue 3 is still a pipe dream, and unlike many other ‘gamer’s wishlist’ projects – like a Final Fantasy VII remake, for example – it’s hard to imagine that it would be a profitable venture. Don’t get your hopes up.