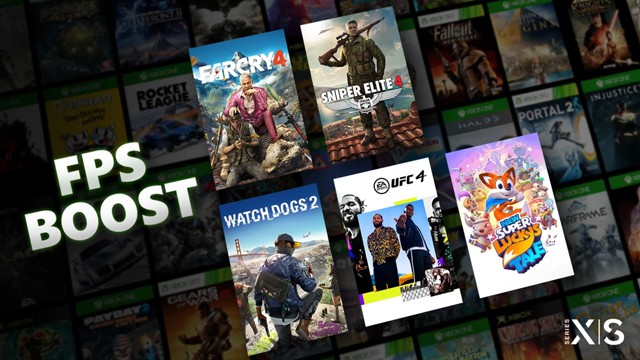 Xbox has unveiled a new FPS Boost feature that will enhance selected backwards-compatible Xbox One titles to increase their framerate by nearly double when played on Xbox Series X and Xbox Series S.

Xbox say more titles will be added in the coming months, and there'll be new menu icons and system settings in an upcoming system update to allow you to toggle the FPS Boost on or off in the 'Manage Game' section for any title. There'll also be a new indicator whenever you run a game with the feature, similar to the Auto HDR icon that already exists on titles that support that functionality.

The FPS functionality is available on Xbox Series X and Xbox Series S on the aforementioned titles from today.