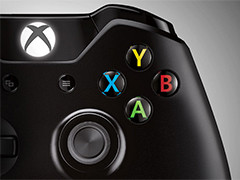 Microsoft has cancelled plans to introduce TV DVR to Xbox One.

The platform holder first announced the functionality last August, stating that users would be able to record live free-to-air TV directly on their Xbox One following an update this year. But that’s all been put on hold, Microsoft told The Verge earlier today.

“After careful consideration, we’ve decided to put development of DVR for Over-the-Air TV on hold to focus our attention on launching new, higher fan-requested gaming experiences across Xbox One and Windows 10,” a Microsoft spokesperson said. “We’re always listening to fan feedback and we look forward to bringing more requested experiences on Xbox One, Windows 10 and Xbox Live this year.”

The cancellation follows three months after a report on Thurrott.com claimed that Microsoft had been testing the functionality, which would have allegedly let players record TV while playing games, watching live TV or while the console was in standby.

Microsoft’s E3 press conference begins at 5:30pm next Monday, June 13. Expect it to have a big focus on games.