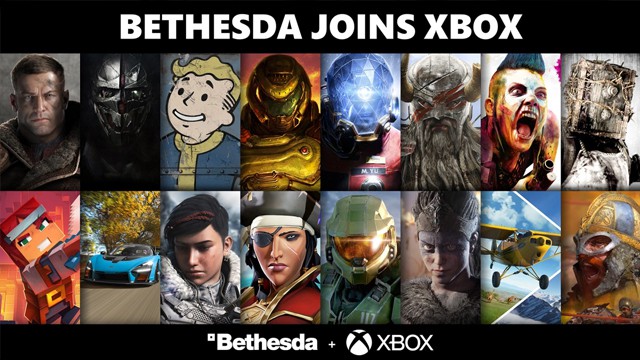 Xbox completes Bethesda acquisition, confirms “some new titles” will be exclusive to the Xbox and PC

Xbox and Bethesda have announced that the former's $7.5 billion USD acquisiton of the latter is complete, and confirmed a few extra details on the partnership.

Naturally, there's statements from both parties on the move, with Xbox's Phil Spencer kicking things off on Xbox Wire by saying "Now that everything is official, we can begin working together to deliver more great games to everyone. At every step building toward this moment, I’ve been inspired and motivated by the creativity, insight, and community-first approach of the talented people at Bethesda. Our goal is to give these teams the best foundation for doing their greatest work and to learn from them as we continue to build Xbox into an inclusive platform for all players."

Spencer also reiterated previous statements on the deal, saying that "Xbox consoles, PC and Game Pass will be the best place to experience new Bethesda games" and further elaborated to say "Some new titles in the future that will be exclusive to Xbox and PC players" but stopped short of confirming exactly which games these would be.

Meanwhile, Pete Hines' own statement on Bethesda's website was similarly full of praise for the acqusition, saying  "First, let me say that we’re not making any landmark announcements or changes right now. As we’ve all shared, the expectation is that Bethesda Softworks and our studios will continue as we have in the past, just with more support and resources than we’ve ever had before. Obviously, Game Pass has been an important initiative for Xbox, and we’ll be working on putting even more of our games into Game Pass than ever before. Beyond that? Stay tuned, we’re just getting started together."

Both Hines and Spencer also took a moment to pay respects to the former CEO and co-founder of Zenimax Robert Altman who sadly passed away last month before thanking fans and players of all of Bethesda's titles for their support over the last 35 years.

There was no final confirmation just yet on whether the rumoured presentation on Thursday will take place, although Spencer did say "We are bringing addition Bethesda games into Xbox Game Pass this week" and to "Stay tuned for more details" so we can probably expect that very soon. For now, check out Bethesda's video celebrating the company's history and new home with Xbox below.