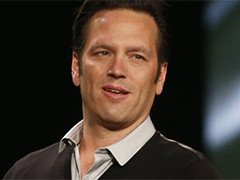 Sweeney had said that UWP was the “first apparent step towards locking down the consumer PC ecosystem and monopolising app distribution and commerce”. He later said the new platform was the “most aggressive move Microsoft has ever made”.

“Windows has always been an open ecosystem welcoming the contributions of hardware and software partners, and will always continue to be.”

“UWP is a fully open ecosystem, available to every developer, and can be supported by any store.”

He added that we’ll hear more about the “Universal Windows Platform at //build later this month”.