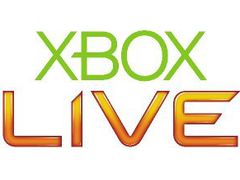 Xbox LIVE celebrates its 10 year anniversary today, and to mark this milestone Microsoft is offering Kinect XBLA title Wreckateer absolutely free – so long as you download it today or tomorrow.

“On behalf of everyone here on the Xbox team… thank you for your support over the past ten years. Thank you for believing, like we did, that a premium online service has a place in console gaming. We took a gamble when we launched the original Xbox by including a network port on the back before there was even a service to connect with. No extra network adapter or modem to purchase – you were ready out of the box (and arguably, before we were!),” writes Microsoft.

“In November 2002, we launched with games like MechAssault, NFL Fever and of course Ghost Recon and since then we’ve never stopped building the service as your centre for always on, always connected gaming and entertainment.”

We can’t think of a better way to mark a 10th anniversary than to give away Wreckateer. Clue – we can think of better ways.