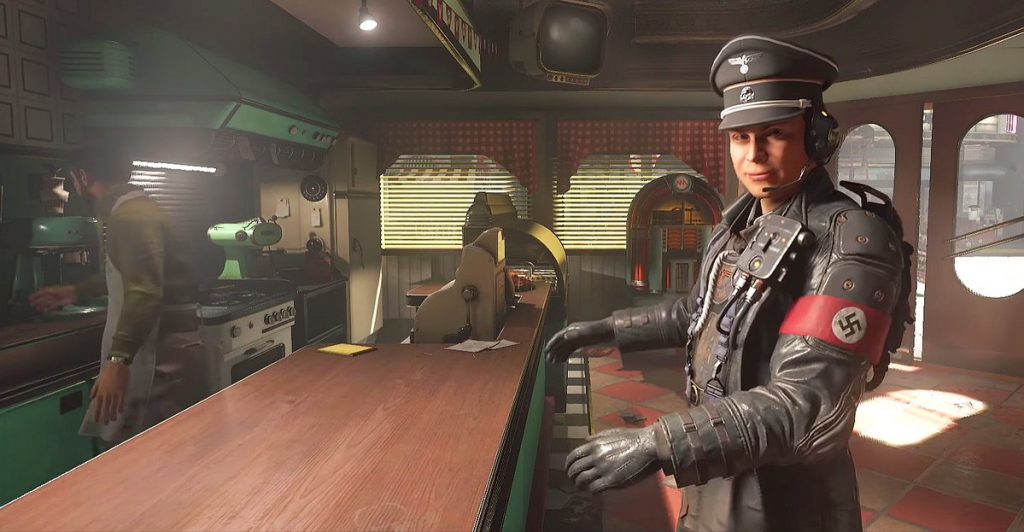 Bethesda has released a new gameplay video for Wolfenstein II: The New Colossus where we see BJ Blazkowicz undercover as a fireman in a diner. Unfortunately, in an in-game cut scene that could have been ripped straight from a Quentin Tarantino movie, his mission doesn’t go as well as planned, and all because of a god damn strawberry milkshake.

The aforementioned strawberry milkshake is a ‘favourite American thing’ of one particularly inquisitive Nazi Kommandant; who decides to get one from a local diner in Roswell, New Mexico. However, BJ Blazkowicz happens to be in that very same diner, at the wrong time, leading to one rather tense and awkward encounter.

Following on from the excellent German… or Else! trailer, Wolfenstein II: The New Colossus is doing a grand job at delivering these little teasers very effectively, and consistently. I continue to be more than cautiously optimistic.

Wolfenstein II: The New Colossus is due to release on October 27 this year, for PS4, PC and Xbox One.