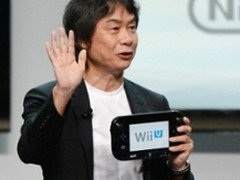 The price cut on Wii U hardware has failed to boost sales to the level expected, retailer ShopTo has suggested.

Speaking in the latest issue of MCV, ShopTo’s purchasing director James Rowson told the magazine that the retailer had “taken the decision to reduce the price of the Basic Wii U to test the market and assess the impact of a price change for a short period of time.”

ShopTo is currently selling the Basic console for £189.95, 24 per cent cheaper than the unit’s initial £249.99 price. Other retailers, including Amazon, GameStop and Asda, also made similar reductions.

However, despite the lower price, the reduction “has resulted in a smaller than desired increase in sales at this stage”.

Other retailers also told MCV of their Wii U woes, with a ‘top buyer at one of the UK’s biggest games retailers’ telling the magazine that it is “looking to reduce [Wii U space] slightly but must admit [Nintendo’s] silence on strategy is deafening at the moment.

“They’ve got to do something otherwise it is GameCube all over again.”

Wii U has struggled to maintain momentum following its launch last November, with hardware unit sales in the US rumoured to be around one-fifth of the Xbox 360’s.

Rather than setting an RRP itself, Nintendo lets retailers settle on a price point based on cost.

“We’ll be speaking to our retailers directly over the next few weeks to take them through our plans for building Wii U momentum over the course of 2013,” a Nintendo spokesperson told MCV in response.

“We have a strong and broad line-up of software launching this year and we look forward to updating – and exciting – our partners over the coming weeks.”