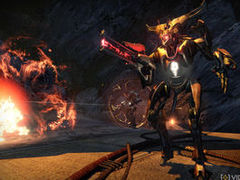 Where’s Xur and what’s his inventory this weekend in Destiny? August 21-23

Xur has appeared in Destiny once again and, after having sold Gjallarhorn last week, has set himself a pretty high bar for Exotic goods.

The Agent of the Nine is tucked away in the Tower Plaza, stood next to the Guardian Vanguards.

Here’s a complete list of everything Xur has in stock this week: