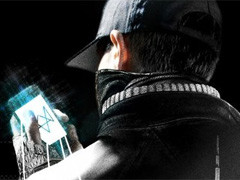 Ubisoft has released the revised system requirements for the PC version of Watch Dogs – and they appear to be even more demanding than those alleged to have been released last week.

The new system requirements, posted on Ubisoft’s Uplay website, require that PC players have a minimum 6GB RAM and Quad Q8400 processor, up from the 4GB RAM and Quad Q6600 posted previously.

The specs also appear to contradict comments from the game’s technical director last week, who claimed that last week’s requirements were “not official configurations” and that the “real specs… will be lower”.

To get the most out of the game, though, you’ll need an Intel i7 processor, 8GB RAM and 2GB DirectX 11 graphics card. And don’t even think about picking it up on PC if you’re still running 32-bit Windows XP: you’ll need a 64-bit version of Windows Vista SP2 or later to even get the game to boot.

Watch Dogs launches on PC alongside the current-gen and Xbox One versions on November 22. A PlayStation 4 version is due to follow on November 29.