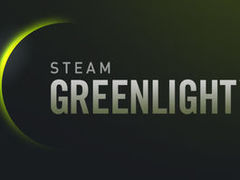 Valve’s ‘goal is to make Greenlight go away’

Valve’s ultimate goal is to do away with Steam Greenlight, Valve co-founder and managing director Gabe Newell is reported to have said during an introductory address at Steam Dev Days yesterday.

“Our goal is to make Greenlight go away,” Oshry’s Tweet credited to Newell stated. “Not because it’s not useful, but because we’re evolving.”

Newell had previously been chatting about how he wants to give developers more control on how they promote titles on Steam.