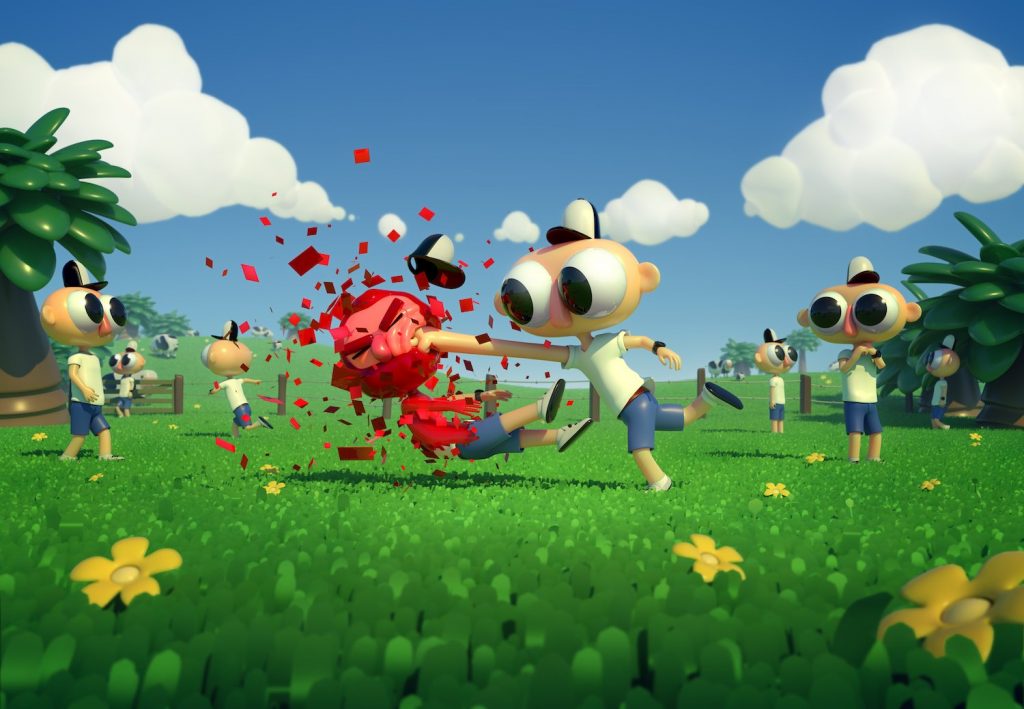 Unspottable is a competitive couch party game where players must blend into a crowd of AI robots, and try to find their friends before they find them.

Developed by GrosChevaux, the game has a range of ridiculous levels for two to four local players to drop into, like the aerobics class, schoolyard, and the theatre. These spaces are populated by robots, and the players must act like the AI to avoid detection. If they suspect one of the bots to be a being, they might throw them a punch, but they instantly give the game away if they’re mistaken. It’s a high risk, high reward, and Unstoppable is “not only designed on pure action and skills but also have a level of sneaking, mind games and tricking the other players.” Moreover, the robots will run out of battery and shut down, shrinking the number of robots that might be players.

It’s a little like Party Saboteurs, and shows a similar set up in collecting items in the sushi bar before time runs out and before your friends find you out. But, Unspottable isn’t playing the long game, and chaotic hazards like the crusher in the robot manufacturing plant and the spotlight in the prison grounds will throw a wrench in the sly strategy.

Unspottable is in development for PC, Switch, PlayStation 4, and Xbox One. Watch the gameplay trailer below.