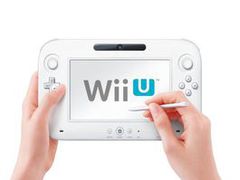 “Do you remember the Zelda demo they had on it? Would you not buy a Wii U just to play that? Of course you would. That’s what Nintendo is all about. Their hardware is the software delivery service for their great content,” said Rein. “That Zelda demo was gorgeous and we can do even more than that with Unreal Engine 3. I think it will do great.”

Rein pointed towards this year’s E3 as the event where people have their eyes opened about the Wii U.

“I like the Wii U. I think E3 will be a big eye-opener for people,” said Rein.

“I played Batman: Arkham City on the Wii U and they are doing some really cool stuff with the controller.

Gamers will buy the system for Zelda and the hardcore experiences, then, but what about parents buying systems for their children? Rein believes parents trust the Wii brand and will buy the new console – he’d have preferred it to arrive last year, but says he’d be shocked if it doesn’t do well.

“It’s a great brand that a lot of parents really trust and they’re probably ready to buy their kids an HD Wii that does that much more than just being an HD Wii.

“I’d love it if they’d done it last year, but I’m excited for them to do it this year. I’d be shocked if it doesn’t do well.

“I think we’ve yet to really see what the Wii U can do and I think at E3 this year they’re going to shock us.”

The Wii U will be on show at E3 this June, where it’s hoped firm launch details will be revealed. Epic is currently working on iOS title Infinity Blade: Dungeons, showcased at the new iPad reveal event, and the little known about Fortnite.