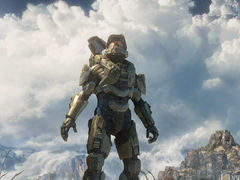 Microsoft’s Halo 4 is a new entry at No.1 in the UK video game chart, but the game’s chart position doesn’t really tell the whole story.

According to Chart Track, Halo 4 sold slightly more units than last week’s Assassin’s Creed 3 and has become the 18th biggest SKU launch in terms of week one units. However, the big budget sequel failed to top the week one sales of Halo 3 (15th biggest launch) or Halo: Reach (12th biggest launch).

LittleBigPlanet Karting is the week’s only other new entry, beginning its life at No.24.

4. NEED FOR SPEED MOST WANTED

16. PROFESSOR LAYTON AND THE MIRACLE MASK

Given Halo 4’s huge budget, both in terms of production and marketing, failing to beat the week one sales of Halo 3 and Reach will be seen as a massive disappointment. The shrinking UK games market and strong releases vying for attention must, however, be recognised. Halo titles typically launch in September, but Halo 4 went for a November launch and as a result found itself sandwiched between Assassin’s Creed 3 and Black Ops 2.

Assassin’s Creed 3 proved successful for Ubisoft, but we’ll have to wait until next week to find out if Black Ops 2 manages to improve on previous Call of Duty launches.