UK Video Game Chart: Black Ops 3 is back at No.1 - VideoGamer.com 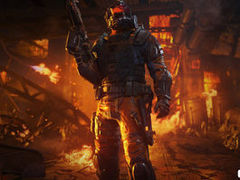 UK Video Game Chart: Black Ops 3 is back at No.1

Call of Duty: Black Ops 3 has returned to the top of the UK video game chart, having been knocked off its perch by LEGO Marvel’s The Avengers last week. That’s now nine weeks the shooter sequel has spent at No.1.

LEGO must settle for second place, followed by Naruto Shippuden: Ultimate Ninja Storm 4, a new entry at three with a whopping 72 per cent share on PS4. The fourth game in the series becomes the second-biggest selling at launch, only bettered by Ninja Storm 3 from 2013.

XCOM 2 charts at No.20, but it’s worth remembering that digital sales are not accounted for in the charts. Sony’s Gravity Rush Remastered, meanwhile, launched at a budget price, but failed to enter the Top 20, managing only No.34. Much like XCOM 2, Gravity Rush may have sold much better digitally.

Ubisoft will be hoping to take advantage of a quiet week with this Friday’s retail launch of Assassins Creed Chronicles, bundling the China, Russia and India platformers into one package. Earth Defence Force 4.1 may also appeal to PS4 gamers looking for some alien blasting fun.