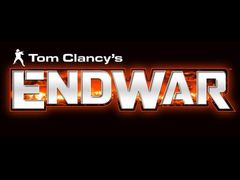 Speaking to VideoGamer.com at the Develop conference in Brighton last week, Ubisoft creative director Michael De Plater, who worked on the game, said that while he “couldn’t put a time” on when we’re likely to see something of the follow-up, the “smaller team” in Shanghai that’s working on it is concentrating on two areas of improvement – single-player story and depth.

De Plater, who was recently relocated to Ubisoft Montpellier to work with a “a really cool team” made up of “a bunch of guys who worked on Ghost Recon Advanced Warfighter”, said: “You compare it [EndWar] to World in Conflict, or Company of Heroes, where they invest a lot in the storytelling, there’s no mysteries about how we could do that and apply it in the game, it’s just something we didn’t give attention to. Giving more attention to the single-player is straightforward to address and will make the game a lot of fun.

“Changing the way the combat chain works, the paper, scissors, rock, and adding the differentiation between the three factions, again it’s not something that’s even necessarily hard to do; it’s something that we chose not to do with the accessibility. So, yeah I think it’s really easy and fun to address.

“It’s a really good position to be in, in a way. After the first one, now we have a really good understanding of what to do, and we’ve solved lots of the hardest problems, which are accessibility, camera, controls, rendering that many characters, having that game work in 3D, our online as well, having persistent campaigns, having persistent player armies, so we’ve kind of done the hard stuff. There’s a really clear path forward there.”

When asked when we might we see something from the sequel, De Plater replied: “I couldn’t put a time on it. Basically the thing is stepping back and looking at, in particular those two issues that we can address, and wait and see.”

It’s being worked on then?

EndWar, released in November 2008, was billed as a revolutionary console RTS that would finally solve the control issues that had stumped so many developers.

We gave the game a respectable 7/10 in our review, in which we said the “voice command solution to that perennial console RTS control conundrum works”, making EndWar “the most intuitive console RTS out there”.

Despite solid review scores, it was felt that the game wasn’t a commercial success due to the packed Christmas period and the fact the game was released at the same time as monster Xbox 360 exclusive Gears of War 2.

De Plater, however, revealed that EndWar sold 1.5 million units, and was, bar Halo Wars, “the biggest new RTS in the last four or five years”.

He said: “Even given we’re obviously saying what we did wrong and so on, it’s still one and a half million units. We still sold more than Red Alert 3, sold more than Company of Heroes, sold more than World in Conflict. It’s still, along with Halo Wars, the biggest new RTS in the last four or five years. Even with those faults it’s still up there.”

He added: “Compared to strategy games it’s really successful. We beat C&C on our first go out. We were up there and not far off Halo Wars, which is obviously a big license. We beat just about everything – everything except Halo – for the last three years that’s come out. For a strategy game that’s a huge success. For a console game that’s not such a big success.

“We’re in exactly the same position and the same sort of figures and numbers that was in Dave Jones’ presentation on Crackdown [during which it was revealed the game had sold 1.5 million units]. It’s just at break even, which isn’t that exciting. Us, Crackdown, Mirror’s Edge, we’re all in that same situation, which is in that same thing of where it is very hard to launch a new IP.”

What would you like to see from an EndWar sequel? Let us know in the comments section below.