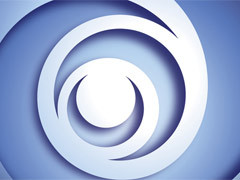 Ubisoft has revealed the first details on Child of Light, a small downloadable project currently in development at Ubisoft Montreal.

Plourde discussed the title at GDC Europe this morning, saying that he created Child of Light as a “counter-point” to the “masculine” Far Cry 3, and that he collected a range of art and music for inspiration on the project, citing Studio Ghibli artist Hayao Miyazaki and Yoshitaka Amano as being “really inspiring”.

Illustrations from Disney’s Snow White and early 20th century children’s books are also said to have inspired the project.

Plourde says that he sees Child of Light as “a playable poem”, describing it as Limbo meets Final Fantasy VI.

Platforms have yet to be confirmed, but Plourde believes the game is a “potential next-gen IP”. The title will not launch on mobile platforms.

Child of Light releases in winter 2013.