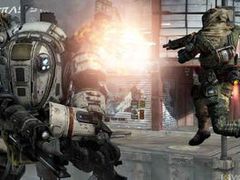 The official Titanfall Companion App is now available to download on iOS and Android devices.

The app lets players keep an eye on their stats and features “rich intel about the history of the Titanfall universe”, including info on characters, weapons, maps, modes and the game’s controls.

Hook it up to the Xbox One version and you’ll also gain access to an interactive map, letting players keep track of their teammates’ locations from a mobile phone or tablet, view a live scoreboard and access “additional map information that cannot be accessed anywhere else, giving you an advantage in the game”.

Considering the game’s pace, though, I don’t think taking your eye off the screen would be considered an advantage by many…

Head through to Google Play and the App Store to give it a download.

Titanfall first map pack Expedition launched yesterday on Xbox One and PC, with an Xbox 360 release due next month.