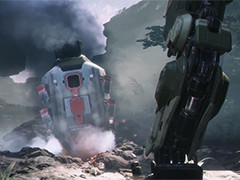 Titanfall 2 is due to release later this year, according to GAME.

The retailer lists a “TBC-2016” date next to the PS4, Xbox One and PC versions of the upcoming shooter, even though EA has yet to formally confirm when the game is due to launch.

Titanfall 2 was officially announced last week, although a launch window has yet to be revealed. Earlier rumours, however, have pointed towards a release this winter, with EA CFO Blake Jorgensen having told investors to “assume” that the game will launch during the second half of its current financial year, pointing to a release no sooner than October 2016.

Last year, Respawn CEO Vince Zampella said that 2016 “is going to be a very big year for Titanfall”, adding that Titanfall 2 “will be worth the wait”.

More details on the game are set to be revealed at EA’s Play event this June.