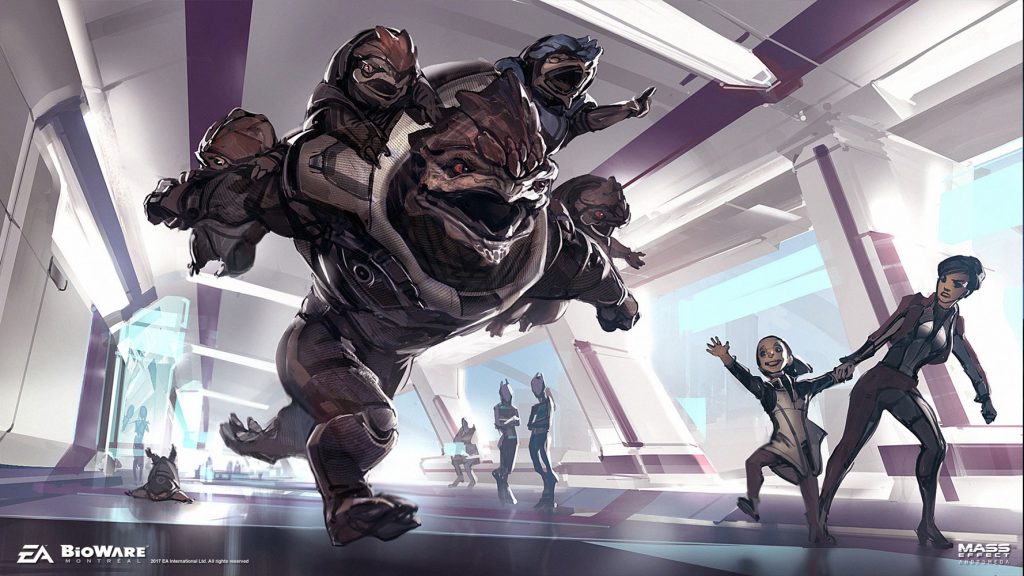 This Mass Effect: Andromeda concept art of baby aliens is the best thing ever

Ben Lo is a concept artist for BioWare, and he’s just shared what I consider to be some of the greatest concept art ever produced by man: Mass Effect alien kids. Please make sure you notice the small Krogan who has fallen off, there.

‘Very early on on the Mass Effect Andromeda. We had a week called Mass Effect Week. Which gave each of us an opportunity to come up with any cool idea for the game. This was the proposal I came up with…’ says Ben.

He reasoned that including children would put more at stake for the Andromeda Initiative and give the player something more to fight for. VideoGamer is fully on board with this proposal, Ben. Please, BioWare, consider incorporating this for the sequel.

Check out Ben’s other art to look at some cool alien concepts, environments, and different takes on squadmate Cora Harper too.