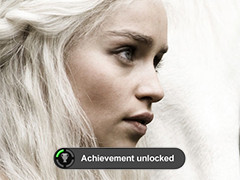 These are the Achievements you’ll unlock for using Netflix, Lovefilm and other Xbox One media apps

With Xbox One, you can now unlock achievements for watching entertainment apps like Netflix, Lovefilm or 4OD, listening to music on Xbox Music or tuning into livestreams on Twitch.

But how exactly do you earn them? We’ve rounded up the full list of Xbox One media app achievements below, which includes watching five movies that came out in 2013, listening to 10,000 songs and – yep – watching a single Twitch stream for 8 hours in a row.

Not every entertainment app currently offers achievements (the YouTube, Uplay, Upload Studio, SkyDrive, Skype, Audio CD Player and Blu-ray Player apps don’t seem to include achievement support), and none of them carry any Gamerscore.

Each app that does offer achievements, however, comes complete with its own set, with entertainment providers thought to be able to add more via future updates.