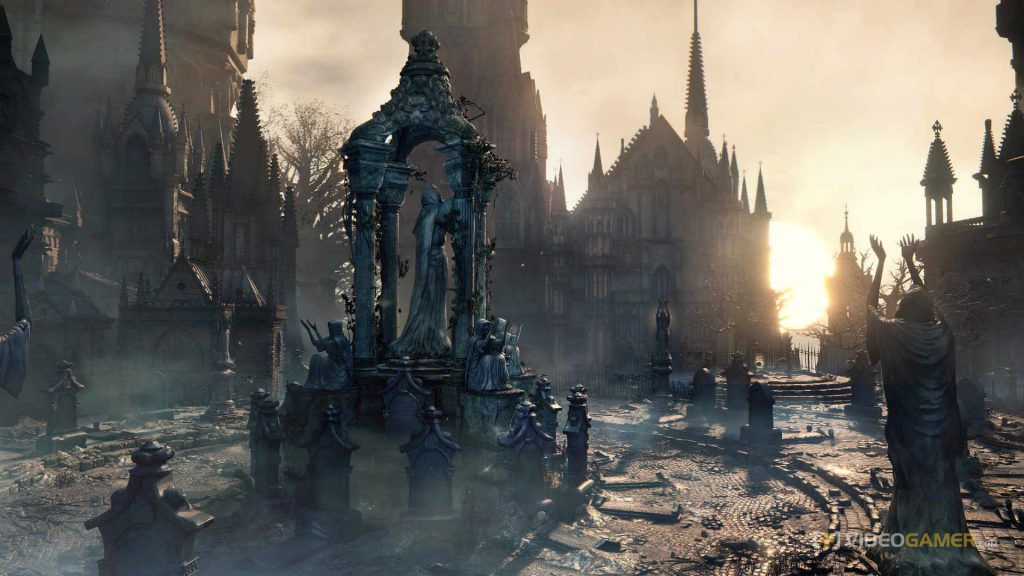 Bloodborne's rich, gothic architecture is a true eye-opener, but ever felt it was missing something? Like, Trevor from Grand Theft Auto 5 or even a car or two? Well, now it does. Sort of.

This Frankenstein's Monster of a crossover is possible thanks to a hidden, barebones map of Bloodborne's Upper Cathedral Ward hidden in the depths of Dark Souls Remastered. It's not entirely the same map, but the gate and bridge are very much intact.

This kind of makes sense if you think about it. Bloodborne and Dark Souls are made by the same developer, From Software, and share many similarities in terms of overall aesthetic and gameplay. So, it's not too surprising that a map from one game has ended up in another, even if it is a remaster.

Still, why is GTA 5 and a mad hillbilly getting in on the mix?

Well, the hidden map can actually be opened up in Grand Theft Auto 5 with a lot of fiddling and technical know-how. Modder 'Dropoff' explained to Kotaku that he was able to extract the level file and import it into '3D software,' before repackaging it to view in Rockstar's crime opus.

As such, it's possible to not only have a potter around in the Bloodborne map as Trevor, but also drive a car around the place.