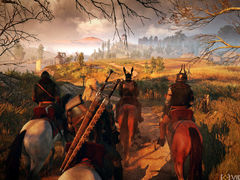 The Witcher 3 pre-orders grew to 1.5 million in last week

Pre-orders for The Witcher 3 climbed by 500,000 in the week before release, bringing the total number to an impressive 1.5 million.

The game’s success was described by CD Projekt’s CEO as a “historic achievement” for the company, which only announced that the game had secured 1 million pre-orders last Monday.

“Just a week ago we announced that one million customers from around the globe who preorder on Witcher 3: Wild Hunt,” CEO Adam Kicinski said in an interview with Polish site Money.pl (translated by Google). “For the last seven days this result jumped to over 1.5 million. It is for us a historic achievement.”

The Witcher 3 so far appears to have left critics impressed, with our review praising CD Projekt for delivering a vast and engaging world.

The game goes on sale today on PS4, Xbox One and PC. If you’re thinking about picking it up, head through to our price roundup to see where you can get it cheapest.