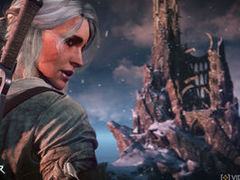 The Witcher 3 isn’t being enhanced for PS4 Pro

The PS4 version of The Witcher 3 will not be updated for PS4 Pro, CD Projekt RED has confirmed, instead choosing to focus its development resources on upcoming games Cyberpunk 2077 and Gwent.

Rumours suggesting that the developer had chosen not to enhance the game for the new console first emerged last week, after a Reddit user was reportedly told by CD Projekt RED that it would be skipping PS4 Pro support – something which has since been confirmed to Eurogamer.

“Since we want to fully focus on Cyberpunk 2077 and Gwent, and converting The Witcher 3: Wild Hunt from a full HD game into a 4K one would be too much of a time and resource-consuming process, we decided not to release an edition of Wild Hunt supporting the new features of PlayStation Pro,” the developer said.

While the game is not being specifically enhanced for the new console, it is still possible (although not confirmed) that it may benefit from a more stable framerate when running on PS4 Pro. Sony has yet to state whether existing PS4 games will benefit from the additional power without requiring a specific patch, or whether they will perform identically to that of an existing PS4.

PS4 Pro releases on November 10. Dates for Gwent and Cyberpunk 2077 have yet to be confirmed.