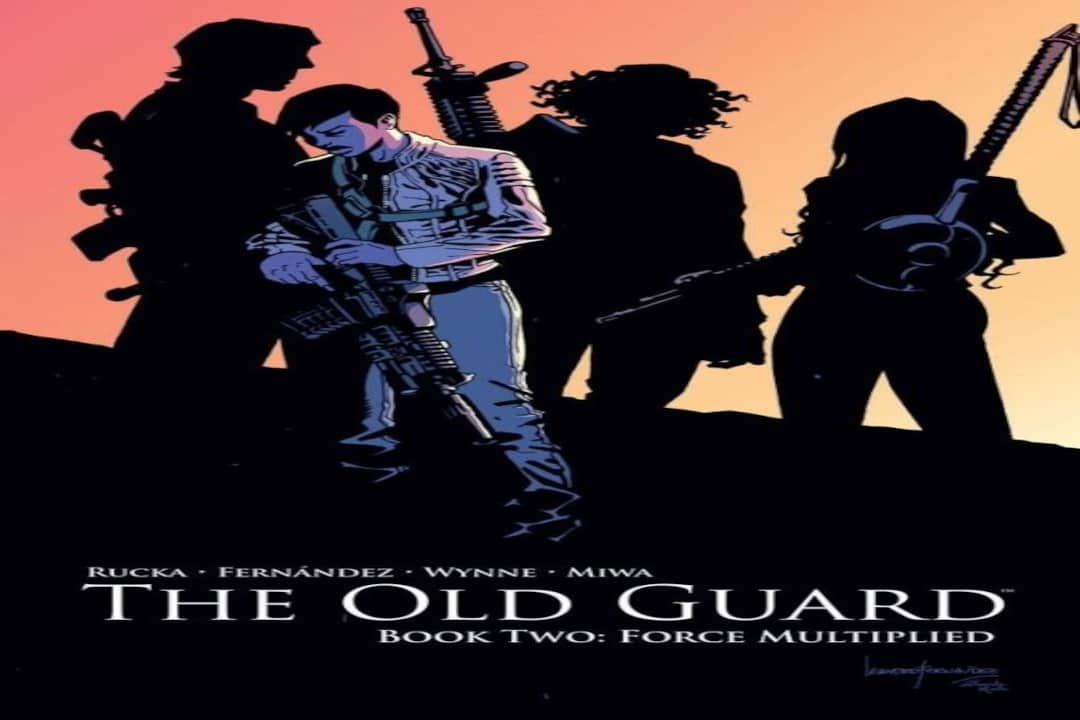 “The Old Guard 2” is the much anticipated sequel to Netflix’s action packed adventure, “The Old Guard”. Which saw Hollywood star, Charlize Theron, slicing and shooting her way through every enemy in her character, Andy’s, path. As she fought to protect the innocent, and her fellow warriors of The Old Guard, as close to her now as family, having spent centuries leading them from one noble battle to the next, never knowing which battle could be their last.

Now, following the dramatic finale of “The Old Guard”, it’s sequel is set to pick up the stories of Andy, Joe, Nikki, and Nile as they continue to fight and live in the shadows of society, desperately trying to hide the secret of their immortality from an increasingly connected and digitally surveyed world.

Latest News on “The Old Guard 2”

While we wait for updates on the sequel, Skydance Media (courtesy of Netflix), have released the below behind the scenes image from the first movie showing stars, Charlize Theron, and KiKi Layne, going over a scene with producer, Gina Prince-Bythewood:

When does “The Old Guard 2” Release?

No official release date has been confirmed yet for the movie.

Where can I watch the movie”?

As the movie is a Netflix Original. Initially, it will be released exclusively worldwide on Netflix for Netflix subscribers, with a home release on physical media potentially coming later.

No official story synopsis has been released for the movie yet, but, given how closely the first movie adapted “The Old Guard” Volume 1 comic series, and with the extra story threads set up in the second movie leading directly into Volume 2 of the comic series, which was released not long after the first movie.

It feels very likely that “The Old Guard 2” will indeed adapt the second volume, titled “Force Multiplied”, as it follows on directly from the end of “The Old Guard”, picking the story up some time after Booker’s exile from the team by Andy and showing the fallout from this decision as someone from Andy’s past long thought gone, returns to exact revenge for the punishment they endured as a result of Andy’s actions.

Without spoiling too much for the “Force Multiplied” comics, and quite likely “The Old Guard 2”, here is an official synopsis for the comic series from its publisher, Image Comics:

“Sixty-seven hundred year old Andromache “Andy” the Scythian, Nicolo “Nicky” of Genoa, Yufus “Joe” al-Kaysani, and newbie immortal Nile Freeman return to the good fight in the acclaimed miniseries by New York Times bestselling creators GREG RUCKA & LEANDRO FERNÁNDEZ…now a major motion picture! When you’ve waged war as long as Andy and her squad, you’ve gotten your hands more than bloody. Now, the day has come to confront the sins of the past. But as Nile struggles to make peace with the team, the last person Andy ever expected to see again returns to challenge not only what Andy believes in, but what the team is willing to fight for“

Uma Thurman plays an, as yet undisclosed, role

Henry Golding plays an, as yet undisclosed, role

The Old Guard Book One: Opening Fire
Buy on Amazon
Bestseller No. 2

The Old Guard: Tales Through Time Vol. 1
Buy on Amazon
Bestseller No. 3

The Old Guard: Tales Through Time #1 (of 6)
Buy on Amazon