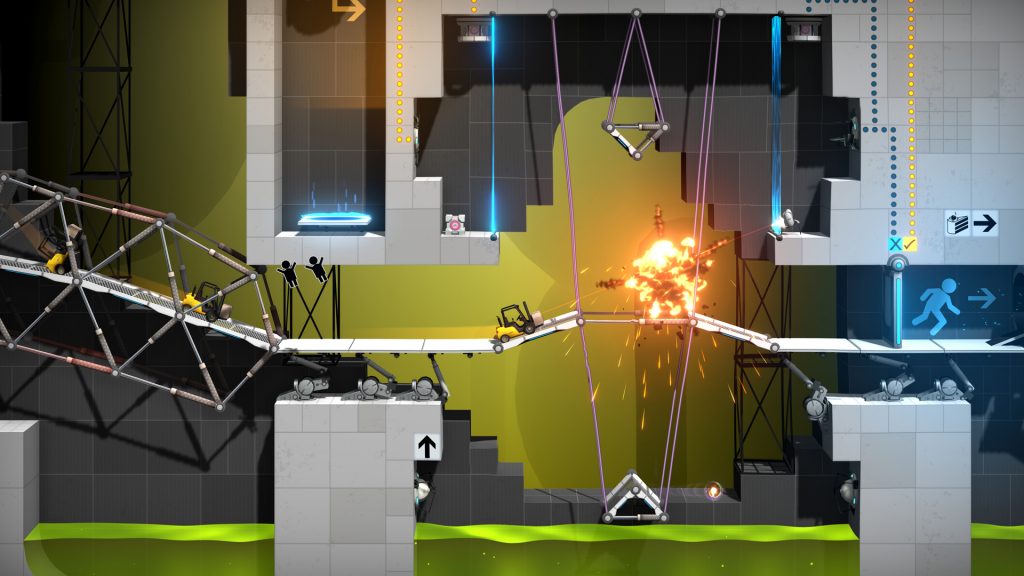 by VideoGamer.com Staff on Dec 6, 2017
No Comments

The new Portal game is a Bridge Constructor spin-off

In a surprise announcement today, Bridge Constructor publishers and developers ClockStone Software and Headup Games have announced a team-up with Valve to make a Portal spin-off version of their hit series.

Entitled Bridge Constructor Portal, the game will mix the very popular gameplay from the physics based puzzler with the characters and world of Valve’s game, including the return of murderous AI GLaDOS overseeing (and no doubt mocking) your creations.

The game will release on PC, Mac, Linux and mobiles first on December 20 before heading to PlayStation 4, Xbox One and Nintendo Switch in ‘early 2018’.