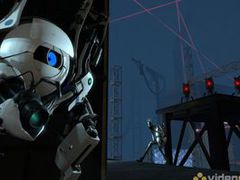 Valve has announced that an original song by The National will be included in Portal 2.

“The inclusion of the original song, Still Alive, in the first Portal game was part of what made the game special,” said Chet Faliszek, writer at Valve. “For Portal 2, we wanted to extend the use of music. When Bug Music mentioned to us that The National might be interested, we jumped at the opportunity to work with them.”

“The National’s raw and emotive music evokes the same visceral reactions from its listeners that Portal does from its players. It was exciting and a privilege to bring together two exceedingly talented creative teams to create something special for Portal 2,” said Julia Betley, Bug MusicManager.