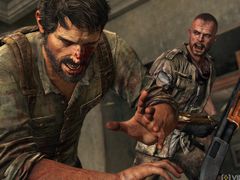 The Last of Us passes 6 million sales milestone

Naughty Dog’s award-winning adventure The Last of Us has now sold over 6 million units worldwide, the developer has announced.

The announcement follows the game’s success at this week’s BAFTAs, where The Last of Us walked away with five awards, including the coveted Best Game Award.

The game’s single-player DLC Left Behind has also become the highest-rated piece of PS3 DLC, too, Naughty Dog states, achieving a Metacritic rating of 89.

But will the movie live up to the standard set by its predecessor? Only time will tell…